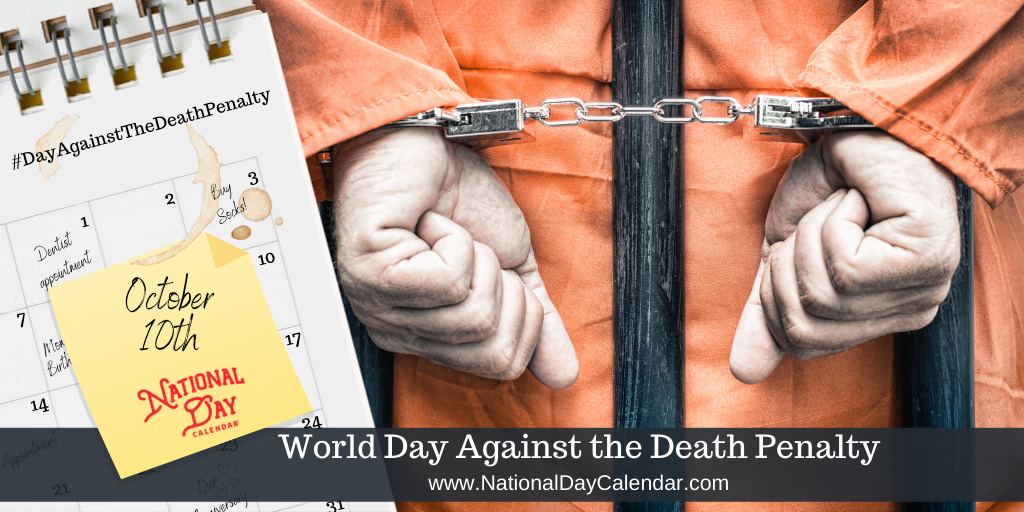 WORLD DAY AGAINST THE DEATH PENALTY

Every year on October 10th, World Day Against the Death Penalty advocates for the abolition of capital punishment. It’s also a day to raise awareness about the conditions and the circumstances that affect prisoners on death row.

Of these countries, China has the highest number of executions each year, and this communist country hides its data, too. However, Amnesty International believes that China executes thousands of prisoners each year. In the United States, 27 states authorize capital punishment. As of 2019, there were 2,570 people in the U.S. who were on death row. Throughout the world, there are about 33,000 prisoners facing the death penalty.

Many human rights activists and organizations fighting to abolish the death penalty hold events on this day. Some of these events include public demonstrations and peaceful protests, webinars, remote workshops, film screenings, and interviews. To participate:

Spread awareness for this day on social media with #WorldAgainstTheDeathPenaltyDay

WORLD DAY AGAINST THE DEATH PENALTY