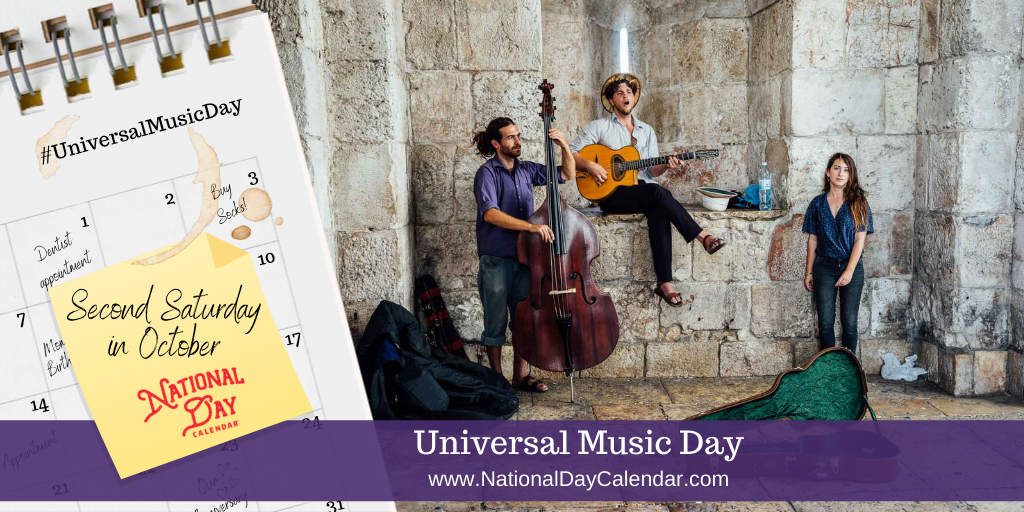 On the second Saturday in October, Universal Music Day invites the general public to gather together and make music. It is also a day for people to express themselves in other creative ways. For this reason, the day is also known as Universal Self-Expression Day.

Many people say that music is a way to unite people around the world. Just consider these quotes about music uniting us all:

Even Nelson Mandela has stated, “Music is a great blessing. It has the power to elevate and liberate us. It sets people free to dream. It can unite us to sing with one voice. Such is the value of music.”

How exactly can music be so powerful? According to scientists, music stimulates more parts of the brain than any other human function. This is why some think that music has an effect on how the brain works. Psychologists say that music has the power to evoke emotion and pleasure. These emotional responses to music occur through reminiscing, synchronizing movements to music, and creating expectations. Through computational data, a group of anthropologists, biologists, and linguists found that music really is the universal language of mankind.

On this day, people around the world are invited to bring their musical instruments, art supplies, dancing shoes, and a sense of fun to a gathering place in their community. This place could be a park, beach, community center, or someone’s home. People are also invited to celebrate their greatness as human beings.

Susan Patricia Golden founded Universal Music Day in 2007. Susan is a life coach, mentor, and professional speaker, and she believes that music-making creates well-being. She says that creative expression, especially music, is the greatest gift we can give ourselves and our children. She created this day so that the whole world would make music together in order to create world peace and harmony.