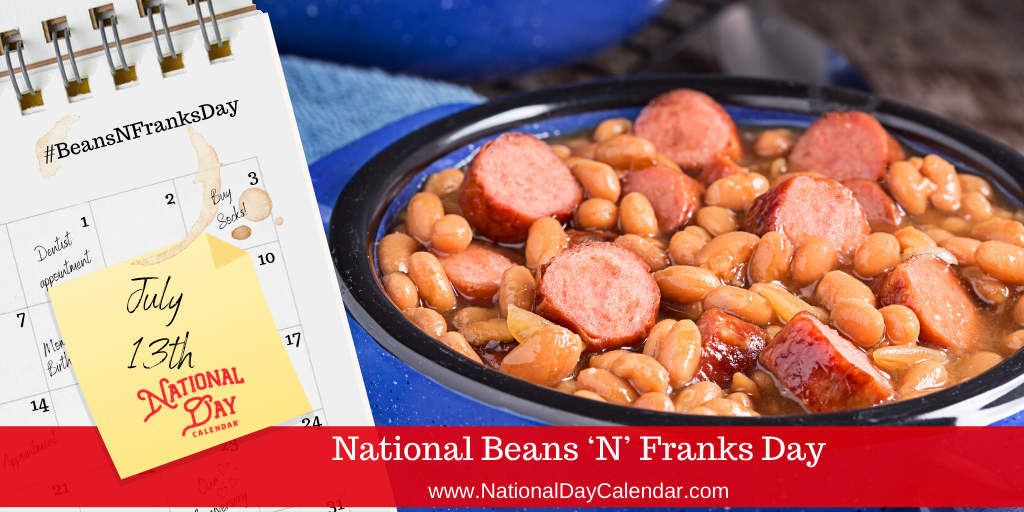 National Beans ‘N’ Franks Day on July 13th encourages us to make our favorite recipes during National Hot Dog Month. This simple recipe cooks up a delicious dish in no time and goes well with summertime barbecues, too!

Also known as “beanie weenies,” both dishes are similar to pork ‘n’ beans, but substitute hot dogs or frankfurters for the pork.

Baked beans became popular during the Civil War in the United States. They would later become one of the first canned convenience foods on the market in the 1890s. As a result, baked beans became a staple of the chuckwagon. However, it is unknown when adding franks to the beans became a culinary technique.

The franks, or frankfurters, can be beef, pork, or a combination of both. The ground meat is blended with spices and seasonings before being cured. These sausage style wieners or hot dogs come with or without casings. Before adding them to the beans, the franks are sliced into bite-sized pieces.

While beans and franks is one name, Van Camp’s owns the trademark to the Beanie Weenies name. Another brand name is Franks & Beans.

Home cooks make beans and franks, too. Recipes can include beans, hot dogs, brown sugar, onion, mustard, barbecue sauce, and spices. The United States isn’t the only place recipes are found, either. Around the world, beans and franks enjoy wide popularity.

Beans and franks go well with coleslaw, grilled corn on the cob, and vegetable kabobs. Add some iced tea and pie to complete the meal.

Have a picnic or cookout. Make your favorite beans ‘n’ franks recipe to share. Don’t have one? Here is a recipe for you to try. Or just open up a can and heat it up. Post on social media using #BeansNFranksDay.

Our research was unable to find the creator of the holiday.