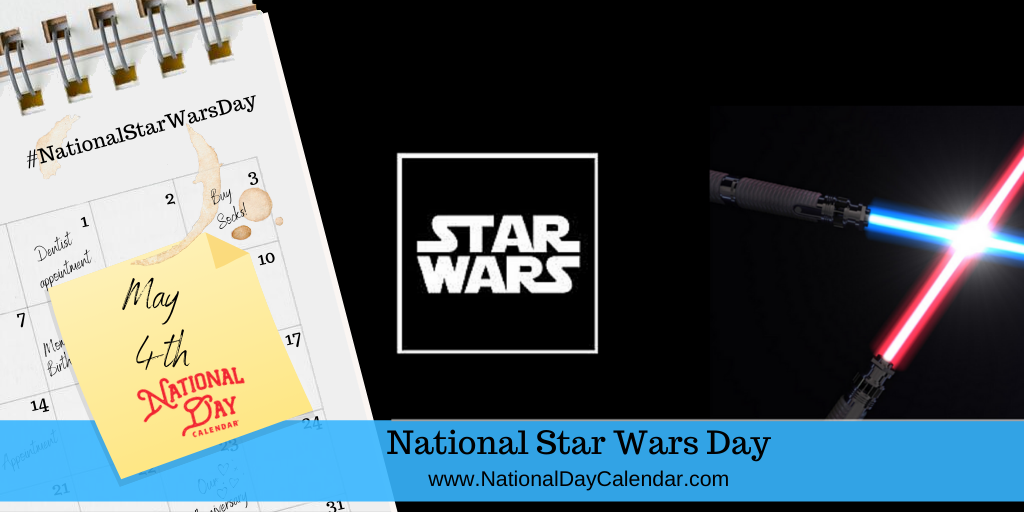 May the Fourth be with you each year on National Star Wars Day. Or is it, “May the force be with you?” It all depends on whether you like using puns or not.

Thousands of Star Wars enthusiasts celebrate this day each year with parties and celebrations around the nation.

Star Wars fans didn’t first introduce the often quoted phrase on May 4th. It was 1979, and Britain elected the first female Prime Minister, Margaret Thatcher. On May 4th, the day she took office, the Conservative Party placed an advertisement in The London Evening News, which read, “May the Fourth Be with You, Maggie. Congratulations.”

Star Wars creator, George Lucas, was asked during a 2005 interview on a German news TV channel to say the famous sentence “May the Force Be with You.”   Upon doing so, the interpreter interpreted the sentence into German as Am4 Mai sind wir bei Ihnen (On May 4 we are with you). TV Total captured this and aired it on May 18, 2005.

Wear your Wookie costume or bring your lightsaber. Then prepare for warp speed. Wherever you go, may the fourth be with you. Oh, and be sure to watch some Star Wars films or play some trivia. Make some outer space snacks to enjoy, too.  Use #NationalStarWarsDay to post on social media.

National Star Wars Day was first organized in Toronto, Ontario, Canada at the Toronto Underground Cinema in 2011. Produced by Sean Ward and Alice Quinn, festivities included an Original Trilogy Trivia Game Show, a costume contest, and the web’s best tribute films, mash-ups, parodies, and remixes on the big screen. May 4th was chosen because of the play on words.