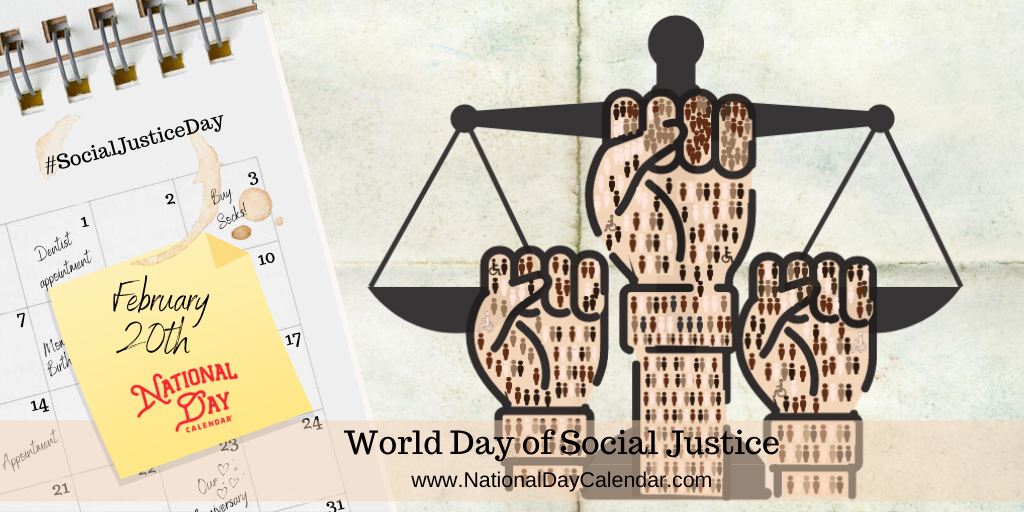 Every year on February 20th, the World Day of Social Justice promotes the importance of fair and just relations between the individual and society. The day also tackles issues such as poverty, exclusion, gender equality, human rights, and social protections.

Social justice has become a popular idea in recent years. However, the idea of it goes back to the time of Saint Augustine of Hippo, a fourth-century philosopher. A Jesuit priest named Luigi Taparelli coined the phrase “social justice.” Taparelli was a Catholic scholar who lived from 1793 to 1882. The term social justice spread during the revolutions of 1848. This was a time of political upheavals in Europe.

In the United States, social justice became an issue during the Industrial Revolution. As the country prospered, the stark differences between the rich and the poor became increasingly obvious. Unfortunately, these stark differences still exist throughout the world.

Throughout the years, proponents have broken social justice down into five principles:

The pursuit of social justice for all is at the heart of the United Nation’s global mission to promote the development and human dignity. The UN’s Declaration of Social Justice for a Fair Globalization focuses on fair outcomes through employment, social protection, and rights at work.

Every year, the UN Headquarters hosts an event to commemorate the day. Professors and teachers educate their students on the need for social justice. The American Library Association and the International Labour Organization have also made statements on this day regarding the importance of social justice.

Spread awareness for this important day on social media with #SocialJusticeDay

On November 26, 2007 the United Nations General Assembly declared that February 20th was to be celebrated annually as the World Day of Social Justice.