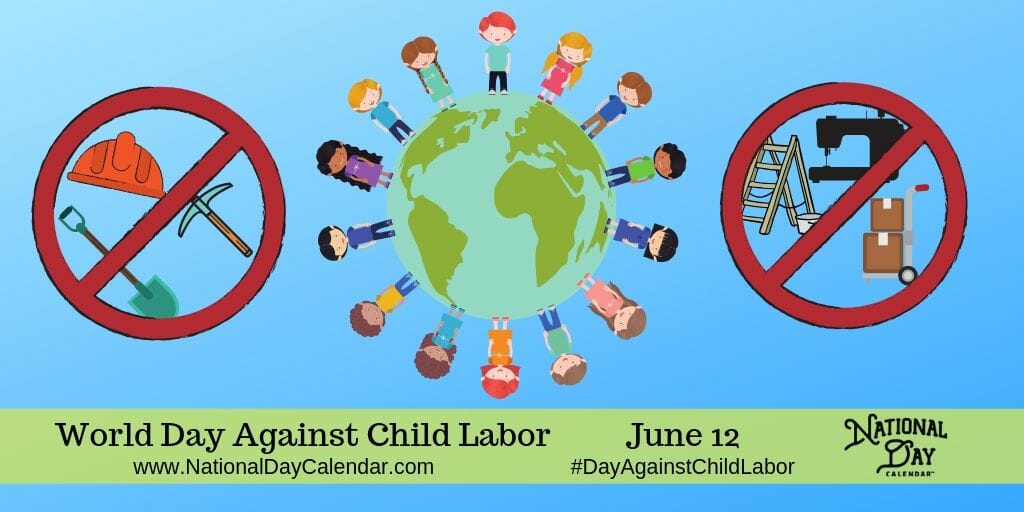 June 12 is set aside to focus on ending child labor. The World Day Against Child Labor is held annually on June 12 as an international day to raise awareness and prompt action to stop child labor in all of its forms. Supporters of the day work year round to see that children everywhere are not working in fields or factories, or even worse places. It is estimated that between 215 million and 220 million children are working full time instead of being in school or on a playground.

More than half of them are exposed to the worst forms of child labor such as working in hazardous environments – slavery, or other types of forced labor, illicit activities including drug trafficking and prostitution, as well as involvement in armed conflict.

The World Day Against Child Labor is an International Labor Organization (ILO)-sanctioned holiday first launched in 2002. ILO has worked on finding, reporting, and ending child labor since 1919. The ILO believes that exploiting childhood constitutes evil.