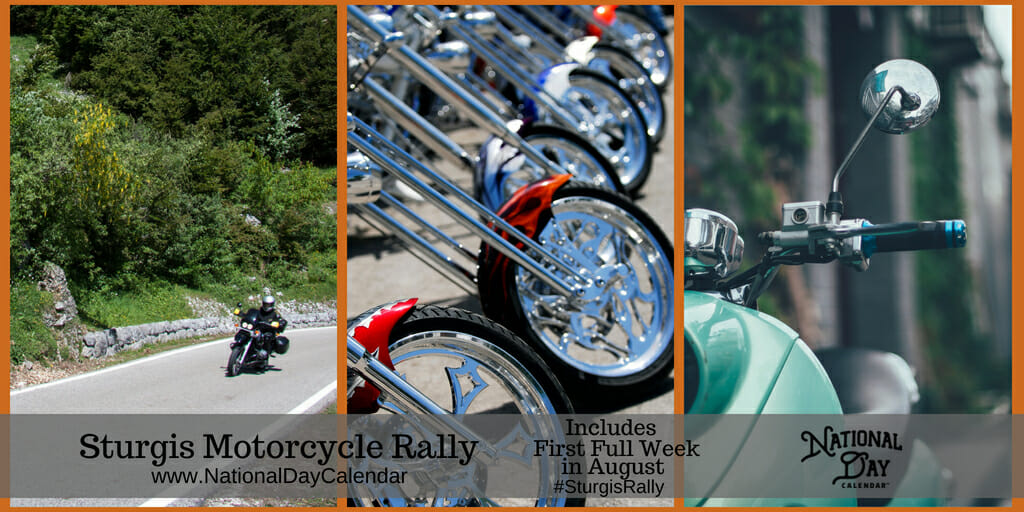 Each year in August thousands of motorcycle enthusiasts make their way to Sturgis Motorcycle Rally in South Dakota. The 10-day event begins on the Friday before the first full week of August and ends on the second Sunday in August. With the average population estimated to be around 6,000 permanent residents, Sturgis becomes the rally of all motorcycles rallies.

The first rally was meager compared to today’s rally which draws one-half million people.  In 1938, the inaugural rally featured only a single racing event.  With a whopping increase in population, the Sturgis event generates $800 million in revenue for the small town.

The Pappy Hoel and Jackpine Gypsy motorcycle club founded the Sturgis Motorcycle Rally in 1938. When gas-rationing began during World War II, the rally stalled preventing riders from traveling. Today, the Jackpine Gypsies still own and operate the tracks, hill climb and field areas where the rally is centered.

Riders rally around their causes through a variety of events. Whether through the Sturgis 5k Run, Military Appreciation Day, the “Street Food Throw Down,” or rally races, there are events for everyone. In recent years, country star Trace Adkins, Foreigner, Kid Rock and Lynrd Skynrd have entertained at Sturgis. One of the highlights of the week, Military Appreciation Day honors veterans and their families, past and present. The Sturgis rally is also a place for love and marriage. Weddings often have taken place during the rally.

Plan to attend next summer in Sturgis. While in Sturgis for the rally, you can take advantage of several historic sites in the region, including Mt. Rushmore, Custer State Park, Crazy Horse Memorial, Historic Deadwood, Bear Butte State Park, Badlands National Park and Devil’s Tower National Monument, all within a few hours’ ride.

Use #SturgisRally in social media.

The rally was founded in 1938 by the Pappy Hoel on behalf of the Jackpine Gypsies motorcycle club.