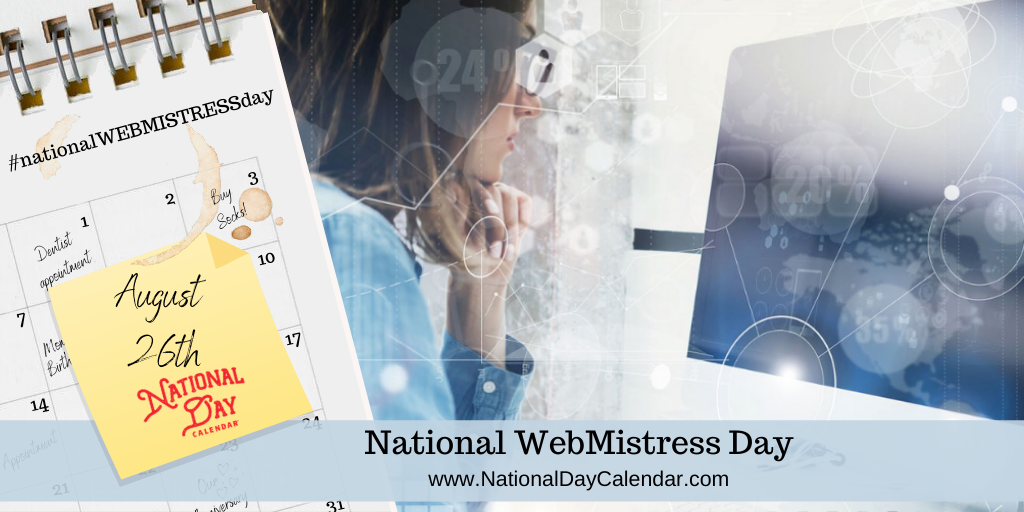 A WebMistress is a woman who designs, develops, markets and maintains websites. The term has existed since the mid-1990s. In June of 1995, the term officially entered technology’s lexicon. That month, Kat Valentine secured the domain name WebMistress.com. Taking the name a step further, Valentine then began web development under the job title WebMistress. Comparatively, the term WebMaster arrived on the scene as early as 1986, according to various classified ads.

Share your experiences in web design. While you’re at it, give a shout-out to an outstanding WebMistress you know.

Use #nationalWEBMISTRESSday on social media to show you are a woman web designer. Also, use the hashtag to demonstrate pride in working under the title WebMistress.  Visit www.nationalwebmistressday.com for more information.

Kat Valentine founded National WebMistress Day in June of 2016 to promote women in web design. Additionally, the day celebrates the legitimacy of the job title.

The Registrar at National Day Calendar approved the day to be observed on August 26th annually.

Q. What kind of degrees are available for web development?
A. Schools offer certificates and degrees for those interested in being a website programmer. Certificates in specific programs, associate and master degree programs are available at traditional and online schools.

Q. What are other terms for webmaster and webmistress?
A. Web technician, editor, and manager also work quite well. At National Day Calendar, we’re fond of the term Web Guru.