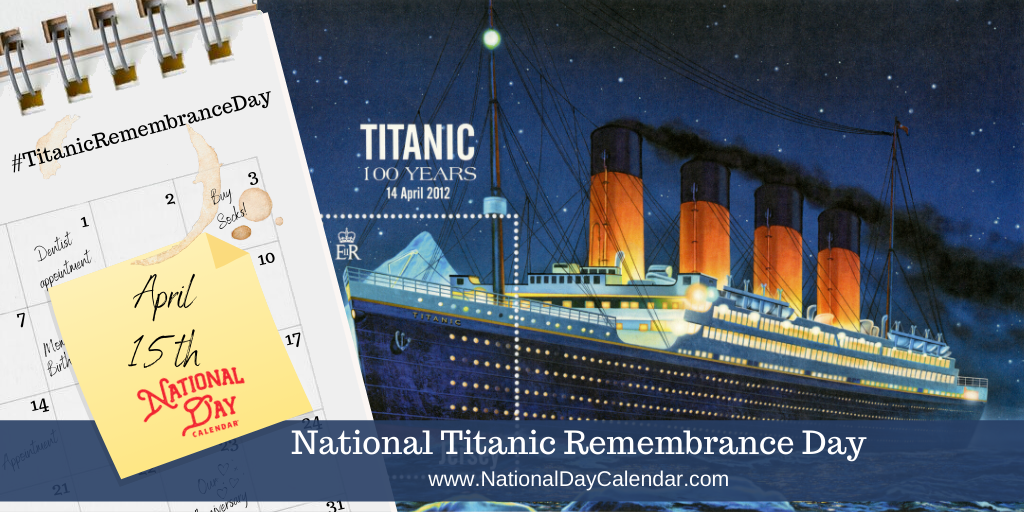 On April 15th, National Titanic Remembrance Day remembers the lives lost when the Titanic sank into the North Atlantic’s icy waters in 1912. We remember the more than 1,500 people who died that day.

Known as the “the unsinkable ship,” the Titanic hit an iceberg at 11:40 pm on April 14, 1912, on her maiden voyage from England to New York City. Later, in the icy waters of the Atlantic Ocean, on April 15, the Titanic sank. Those who perished did so mainly due to an insufficient number of lifeboats onboard the ship.

Since that time, journalists, engineers, ocean explorers, historians, survivors, and descendants of those lost have been trying to piece together the events leading up to that night. Countless hours of documentation, salvage expeditions, and interviews all record the perspectives of those involved. Every angle and myth has been considered from the investors to the designers, the builders, and the sailers, right down to the communications and those left behind. And to this day, it still is a heartbreaking and mesmerizing story no matter where you begin.

The day commemorates the date of the Titanic‘s sinking in honor of those who lost their lives aboard the Titanic in 1912. While each year since its sinking, memorial events are dedicated to remembering the tragic loss, no one person or entity has proclaimed the observance.

Q. Who built Titanic?
A. The Harland and Wolff shipyard in Belfast, Ireland built Titanic for the White Star Line.

Q. How long did it take to build Titanic?
A. Titanic took about three years to build.

Q. Who was Titanic’s architect?
A. Thomas Andrews was the chief naval architect. He died aboard Titanic.