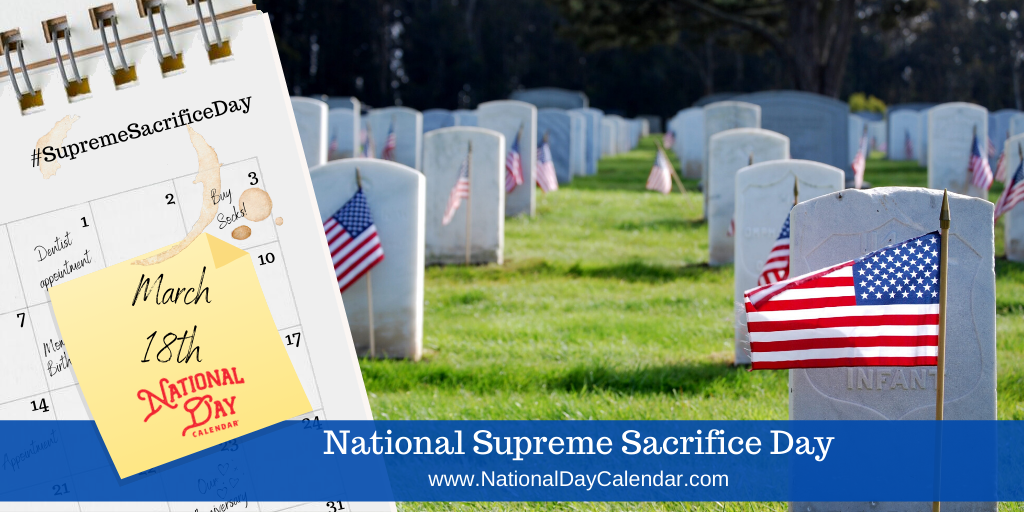 On March 18th, National Supreme Sacrifice Day honors those who have made tremendous sacrifices for the sake and the good of others as well as those who sacrifice their lives every day for us.

We may most readily call to mind the men and women in uniform who have laid down their lives protecting their country and communities. This day also honors those who may have stepped forward during times of crisis to rescue a stranger or a neighbor and gave the supreme sacrifice that day.

These sacrifices come in many forms. We don’t always recognize them when we see them, nor do we always expect them. Like in the case of one young Miner who saved the lives of 11-year-old Emmet and 8-year-old Myrdith when the sleigh they were in overturned during a blizzard so fierce they couldn’t see their house, though they were only 200 yards away. Wind howling so loudly, they couldn’t hear their father’s voice calling to them. On March 15, 1920, they’d set home from school in rural North Dakota and been caught up in the blizzard. Their 16-year-old sister, Hazel Miner protected her siblings with her body, keeping the blankets in place over her siblings through the night. Hazel Miner died that night, but her actions saved her siblings’ lives.

These sacrifices don’t always come in uniform and are often unsung. Often, these heroes step up when we least expect it and when we need it most.

National Day Calendar continues to research the origins of this day. However, the day has been observed since at least 2004.

Q. What kinds of services are available to the families of those who gave the supreme sacrifice?
A. Many organizations offer support and resources to family members. For example, National Fallen Firefighters Foundation offers support to fallen firefighters’ families. Fallen Patriots supports Gold Star families. Concerns of Police Survivors (C.O.P.S.) supports the families of fallen law enforcement.