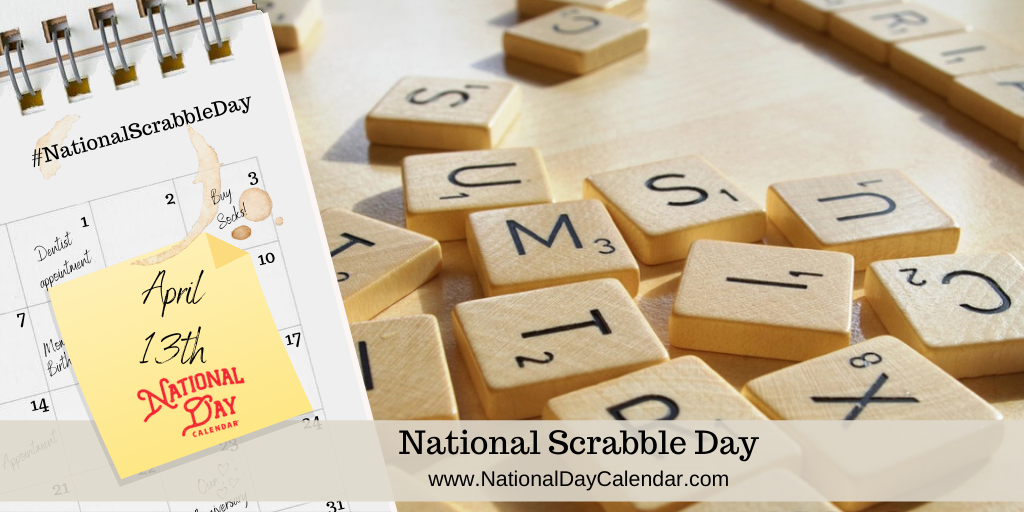 Each year on National Scrabble Day April 13th recognizes a game played around the world. Originally named Lexiko and then Criss-Cross Words, Alfred Mosher Butts eventually settled on the name Scrabble. The amateur artist and unemployed architect developed the word game in the midst of the depression. Still, it wasn’t until 1948, a final name change and a trademark that Butts finally began to produce the game.

Scrabble is played with two to four players who score points by forming words from individual lettered tiles on a game board marked with a 15 x 15 grid.

In the United States, the name Scrabble is a trademark of Hasbro, Inc. Scrabble is sold in 121 countries with 29 different language versions. Worldwide, over One hundred and fifty million sets have been sold with sets being found in nearly one-third of American homes.

National Scrabble Day commemorates the birth of Alfred Mosher Butts, born on April 13, 1899. However, our research had not identified the founder of the day.

Q. Do you have to be a word nerd to win at Scrabble?
A. No, but it helps. More importantly, you need to understand the scoring and how to take advantage of every point. Scrabble is as much a numbers game as it is a word game.

Q. What are some of the best two-letter Scrabble words to play?
A. It might surprise some people to know that playing two-letter words strategically can add up to some powerful pointage. Try playing these two-letter words the next time you play. Hit that double or triple score or line them up with other existing words and you’ll be hitting the jackpot!