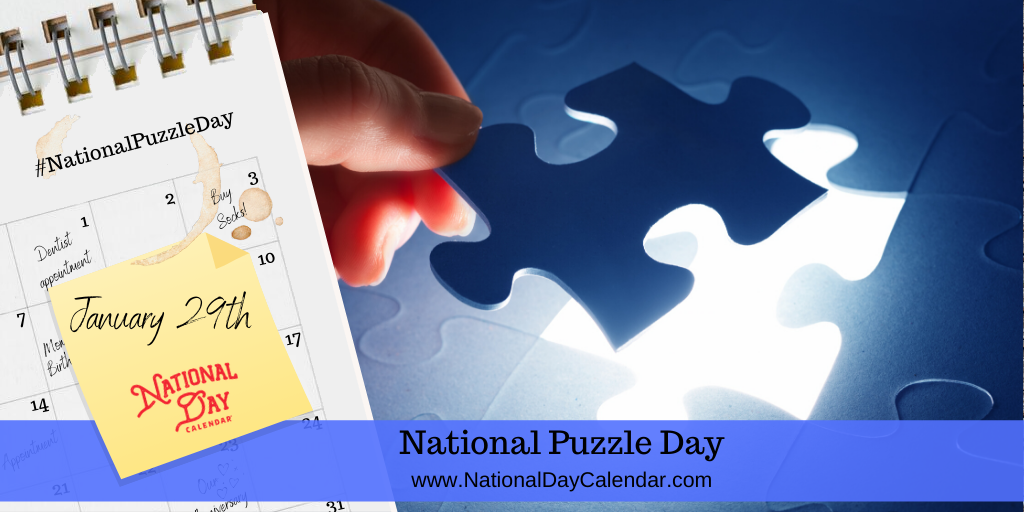 Each year on January 29th, National Puzzle Day recognizes how exercising our brains with puzzles is just one of its many benefits.

Whether it’s a crossword, jigsaw, trivia, word searches, brain teasers or Sudoku, puzzles put our minds to work. Studies have found that when we work on a jigsaw puzzle, we use both sides of the brain.  And spending time daily working on puzzles improves memory, cognitive function, and problem-solving skills.

Word searches and crossword puzzles have the obvious benefit of increasing vocabulary and language skills. Sudoku, a puzzle sequencing a set of numbers on a grid, exercises the brain as well. By testing memory and logical thinking, this puzzle stimulates the brain and can improve number skills.

Puzzles also offer social benefits. When we work on these brain teasers with someone, we improve our social interactions. Whether we join a group or play with our children, those interactions keep us socially active and teach our children social skills, too. Even working them quietly together provides an opportunity to focus the mind in a meditative way that isn’t forced.

The bottom line is, puzzles stimulate the brain, keeping it active, and practicing its skills.

In 2002, Jodi Jill created National Puzzle Day as a way to share her enjoyment of puzzles. As a syndicated newspaper puzzle maker and professional quiz maker, Jodi Jill developed classroom lesson plans especially for the observance and the popularity has grown year after year.

Q. Can anyone participate in National Puzzle Day?
A. Yes. There are so many different kinds of puzzles that anyone can celebrate this day.

Q. When was the crossword puzzle first created?
A. Journalist Arthur Wynne from Liverpool receives credit as the inventor of the word game we know today. He created what is considered the first known published crossword puzzle. The puzzle appeared in the December 21, 1913, edition of the New York World newspaper.

Q. When was the first sudoku puzzle created?
A. An 18th-century mathematician from Switzerland developed a game called Latin Squares. In 1895, these puzzles were published in French newspapers. Today’s version of Sudoku, however, is much more modern. Howard Garns from Connersville, Indiana, created the game we play today. Garns is a freelance puzzle inventor, and he called the game Number Place. In 1979, Number Place first appeared in the magazine “Dell Pencil Puzzles and Word Games.”

Q. What image was on the first jigsaw puzzle?
A. A British cartographer and engraver by the name of John Spilsbury invented the jigsaw puzzle when he glued a world map to a piece of wood. He cut out each country separately.