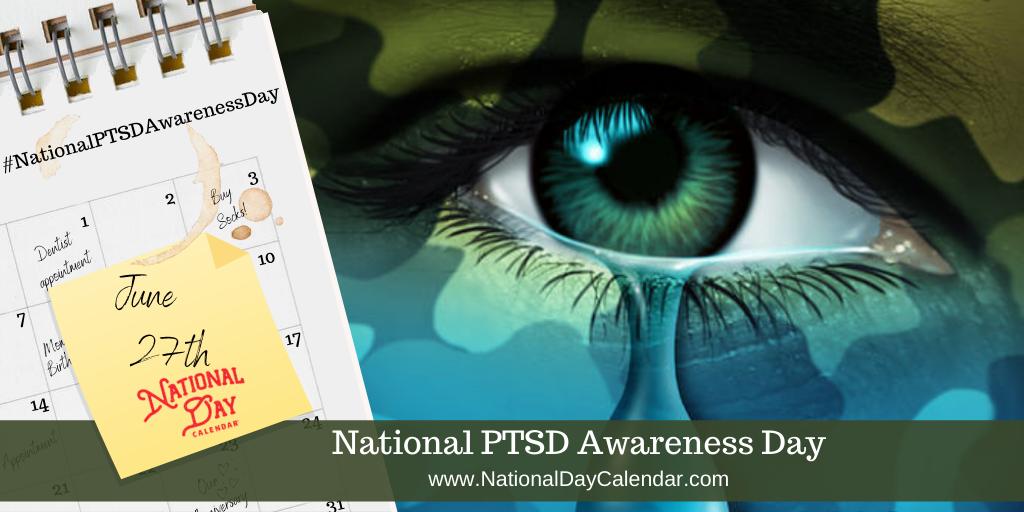 Each year on June 27th, National PTSD Awareness Day recognizes the effects post-traumatic stress has on the lives of those impacted by it.

Post Traumatic Stress Disorder (PTSD) has a profound effect on the lives of those who suffer from it. The statistics alone are staggering, but can only tell a portion of the story. The trauma and anxiety associated with PTSD is a constant burden, inseparable from the sufferer. It was once a condition that was attributed only to returning combat veterans, but more and more the condition is diagnosed in those who have experienced violent crime or lived through catastrophic events. According to PTSD United, 20% of adults in the United States who have experienced a traumatic event suffer from PTSD.

The observance not only strives to bring awareness to the public but to also educate and eliminate the stigma associated with PTSD. Many of those with PTSD don’t seek treatment. Sometimes they simply fear the labels attached to PTSD. However, with support and understanding, we may all better understand the signs and provide better care.

Over time, these signs may fade. However, if they don’t, seeking treatment is not only suggested but helpful to many who suffer from PTSD.

Reach out to someone you know who struggles with PTSD. Let them know you care and are there to help. Learn more about PTSD at NIMH or VA.gov. Use #NationalPTSDAwarenessDay to share on social media.

The United States Senate established PTSD Awareness Day in 2010 following then-Sen. Kent Conrad’s efforts to designate a day of awareness as a tribute to Army Staff Sgt. Joe Biel of the North Dakota National Guard. Biel suffered from PTSD and took his life in April 2007 after returning to North Dakota following his second tour of duty in the Iraq War.


There are over 1,500 national days. Don’t miss a single one. Celebrate Every Day with National Day Calendar®!