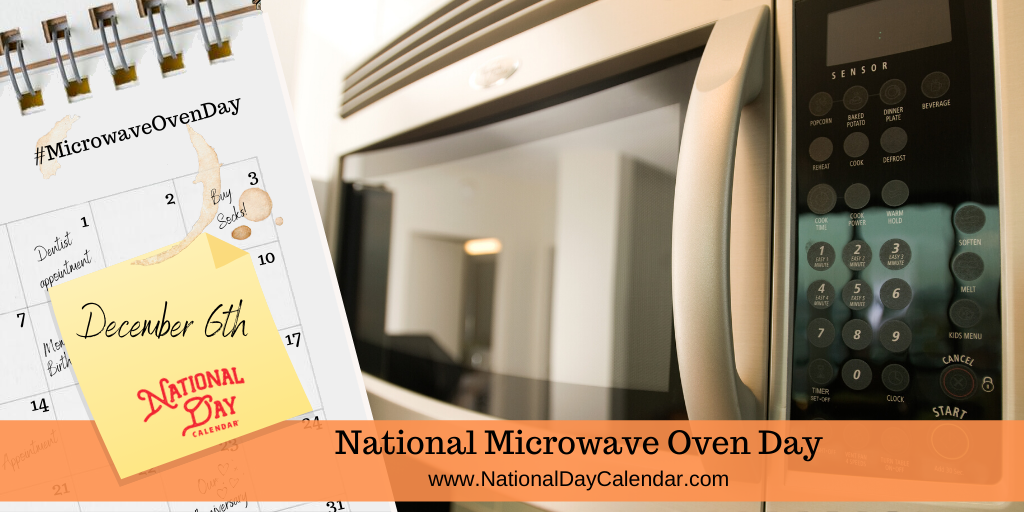 On December 6th, National Microwave Oven Day honors one appliance that changed how we use the kitchen.

Quite by accident, self-taught American engineer Percy Spencer discovered a way to heat food safely with microwaves. While working with an active radar in 1945, he noticed a melting chocolate bar in his pocket. The high-powered microwave beams created a heating effect ideal for cooking. Spencer deliberately attempted cooking popcorn with the microwaves. Next, he tried cooking an egg. Both the popcorn and the egg created dramatic results. However, the popcorn resulted in success, unlike the egg. The egg exploded in his fellow engineer’s face! However, we can cook eggs in microwave ovens. Try poaching one.

The microwave oven cooks more than popcorn! Use this celebration to explore the many uses of the microwave oven. We’ve provided a few suggestions to get you started, but we also encourage you to share your favorites, too!

While testing these ideas out, take some time to clean your microwave. First, steam a wet cloth for a minute on high and let it stand for another minute. The steam softens any build-up. Then, wipe your microwave down with a little hot soapy water to remove any greasy splatter.

Q. What cannot be put into a microwave?
A. The microwave is a convenient kitchen tool to have around, but it has its limitations. Something that should never be put in a microwave includes:

Q. Can I cook a whole egg in the shell in the microwave?
A. No. The egg will explode much like Percy Spencer’s did in 1945. However, eggs can be scrambled and poached in the microwave.

Q. Did Percy Spencer patent the microwave technology?
A. Yes. On January 24, 1950, Raytheon Manufacturing Co. received patent no. US2495429A  for “Method of treating foodstuffs.” The patent names Percy L. Spencer as the inventor.