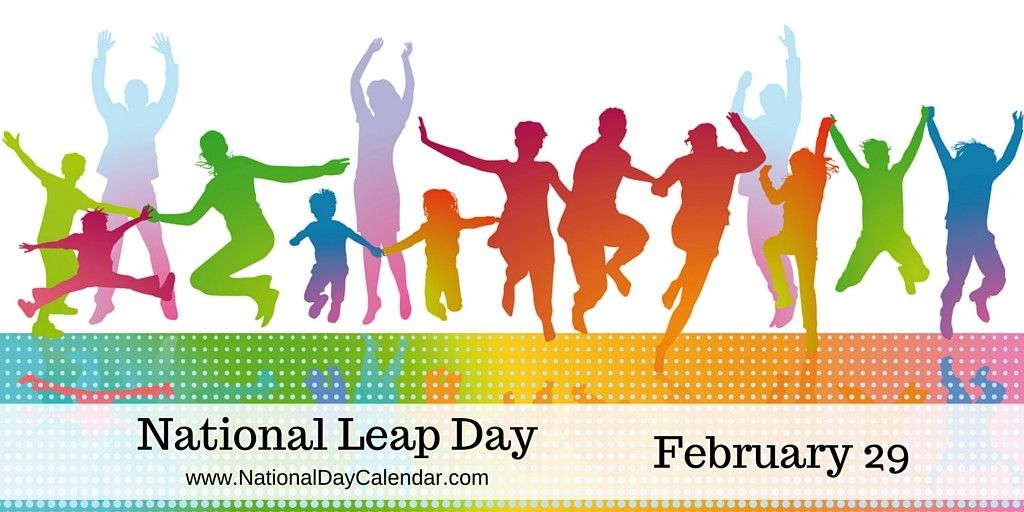 For a day that is celebrated only once every 4 years (with some mathematical exceptions we’ll go over later) it sure seems to have a lot going on around it.

Leap year has devious explorers, beloved saints, partying boarder towns and proposal popping Irish ladies. And let’s not forget all the birthdays babies. They do have some making up to do on the celebrating, you know!

Since the beginning of time, man has been improving the way we keep it. That applies to calendars as well. Early Egyptians had a leap year in their calendar. The early Roman calendar had entire leap month from time to time to keep the days in line with the astronomical year.

It was Julius Casaer and astronomer Sosigenes who revamped the Roman calendar giving it 12 months with equally (almost) distributed days and adding a leap day every 4 years.

In 1582, Pope Gregory XIII adjusted the calendar once again. Because the Earth revolves around the sun once every 365.2421 days, one leap day every 4 years is just slightly too much. Instead of shortening the leap day, the Gregorian calendar is designed such that leap days only happen every 4 years except years evenly divisible by 100 but not 400.

And even this adjustment doesn’t keep the days perfectly aligned with the seasons. Those humans who are still around in 10,000 years will have to address those issues. It’s truly not a leap day concern.

A tradition that has its origins in 5th century Ireland allows women to propose marriage to a man on leap day. According to lore, Saint Brigid complained on behalf of young maids that their men were too shy to propose. To appease her, Saint Patrick declared that on February 29th would be a day when women could propose.

The Scot’s took this tradition a step further. In 1288 Queen Margaret is rumored to have made it law that women could propose on February 29, but had to wear red petticoats to alert their men to their romantic intentions. There was a fine charged to the men who refused the proposal as well.

However interesting and strongly held the traditions may be, there is no documentation supporting the decree by Saint Patrick, and there is no law on the books in Scotland.

Despite the lack of proof, the tradition has continued. Men in upper class European society who dared to refused a proposal was obligated to protect the lady’s honor by giving her a gift; gloves to cover her un-ringed hand.

A reflection of this custom today, in some countries February 29th is known as Bachelor Day.
HISTORICAL EVENTS

A lunar eclipse on leap day 1504 have Christopher Columbus the perfect foil to trick the natives into continuing to provide supplies to his stranded expedition. Aware of the upcoming lunar eclipse, Columbus told the chief that his god was angry and would take away the moon as punishment and proof of his anger.

Hattie McDaniel, known for her role as Mammy in Gone with the Wind, was awarded the first Academy Award for an African American on leap day 1940.
Late on the evening of leap day 1960 the city of Agadir in Morocco the earth shook for 15 seconds. A small city of 2,500 was abruptly woken. The quake was considered a moderate one, but it devastated the city killing two thirds of its residents.

Catholics honor St. Oswald, a beloved saint who died on leap day in the year 972. His feast day is celebrated on February 28th every year.

Consider visiting the Leap Year Capital. Anthony, a city divided by the New Mexico – Texas boarder, has laid claim to the title Leap Year Capital of the World. In 1988 leap year baby Mary Ann Brown thought her town of Anthony could benefit from a festival celebrating the birthdays of leap year babies and put the idea to the Chamber of Commerce. The Leap Year Festival was born and the festival has grown every leap year since.
In 2016 Anthony will celebrate their 7th festival.
LEAP DAY MOVEMENTS

In both Canada and the United States there have been proposals to make Leap Day national days that would encourage people to take the extra day to do some good in the world.

What ever you do, be sure to make the most of your extra day.  It only comes around every four years or so! Use #NationalLeapDay to post on social media.

Olav Henriksen, Leif-Martin Henriksen, and sister Heidi Henriksen – siblings all born on February 29 in different years. No they are not triplets. 1960, 1964, 1968