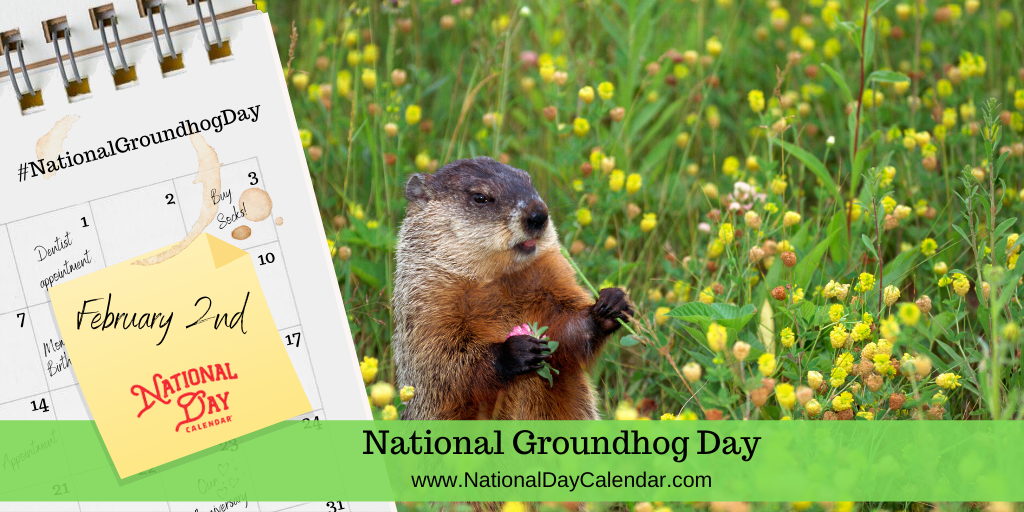 National Groundhog Day on February 2nd each year asks one question. Will he see his shadow? Ok, well, maybe it asks another question. Will there be six more weeks of winter? The day is celebrated each year in the United States and Canada.

The tradition of predicting the length of the remaining winter is intertwined with the Christian holiday, Candlemas. The clergy would bless candles symbolizing the ‘light of the world’ to give to their congregations. Another tradition associated with this day is eating crepes. Germans practiced the art of predicting the winter with a hedgehog. When they arrived in the United States, they settled in the hills of Pennsylvania, and the groundhog became the official predictor.

Punxsutawney, Pennsylvania, has hosted the annual Groundhog day event. Thousands of people come to the town of Punxsutawney on Groundhog Day for this day of celebration.

Although already a well-known day, Groundhog Day received widespread attention due to the 1993 film Groundhog Day, which was set in Punxsutawney and portrayed Roger Rininger as the groundhog.

An early American reference to Groundhog Day can be found in a diary entry by storekeeper James Morris, dated February 4th, 1841, of Berks County, Pennsylvania.

“Last Tuesday, the 2nd, was Candlemas day, the day on which, according to the Germans, the groundhog peeps out of his winter quarters and if he sees his shadow he pops back for another six weeks nap, but if the day be cloudy he remains out, as the weather is to be moderate.”

Q. What’s another name for a groundhog?
A. Groundhogs are also called a woodchuck.

Q. Does a groundhog hibernate?
A. Yes. The groundhog is a hibernating rodent.

Q. Where do groundhogs live?
A. Groundhogs are native to the North American continent and are not found elsewhere in the world.