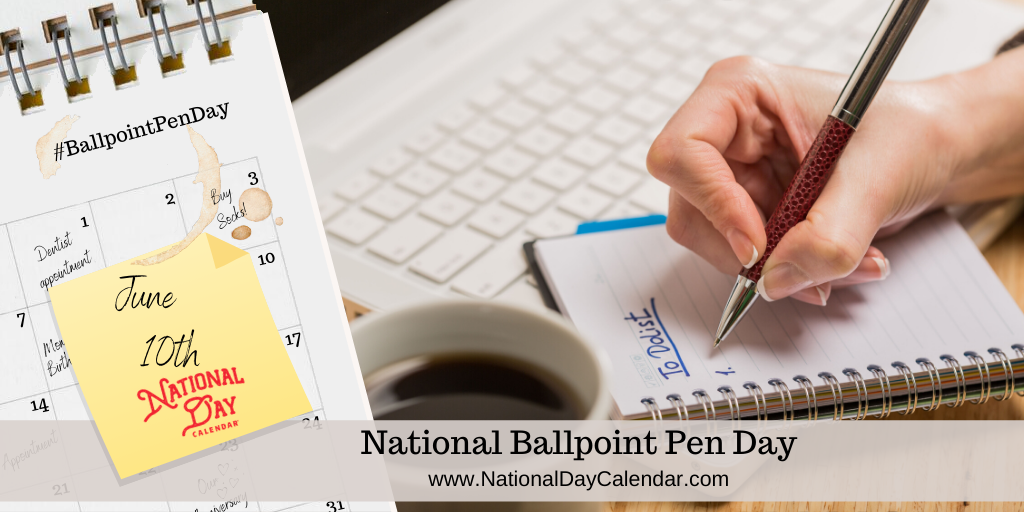 Grab your ballpoint pen and write this on your calendar. June 10th of each year, National Ballpoint Pen Day recognizes the useful writing utensil and commemorates the anniversary of the patent filing on June 10, 1943.

Before 1943, anyone who wanted to write a letter or scribble some notes on a piece of paper used a fountain pen or pencil. Now the dominant writing instrument, the ballpoint pen was originally conceived and developed as a cleaner and more reliable alternative to the quill and fountain pens. In earlier years, many attempts by inventors led to failed patents as their inventions did not deliver the ink evenly. They also had overflow and clogging issues. However, in June of 1943, the brothers Laszlo and Gyorgy Biro obtained their patent for the ballpoint pen, revolutionizing how many write letters and conduct business.

Today, manufacturers produce ballpoint pens by the millions and sell them worldwide. As a promotional tool, ballpoint pens find their way into our hands from advertisers of all sorts assuring that we always have a ballpoint pen handy, too.

Grab a ballpoint pen and write a letter to someone. Other ways to celebrate include:

Use #BallpointPenDay when using social media.