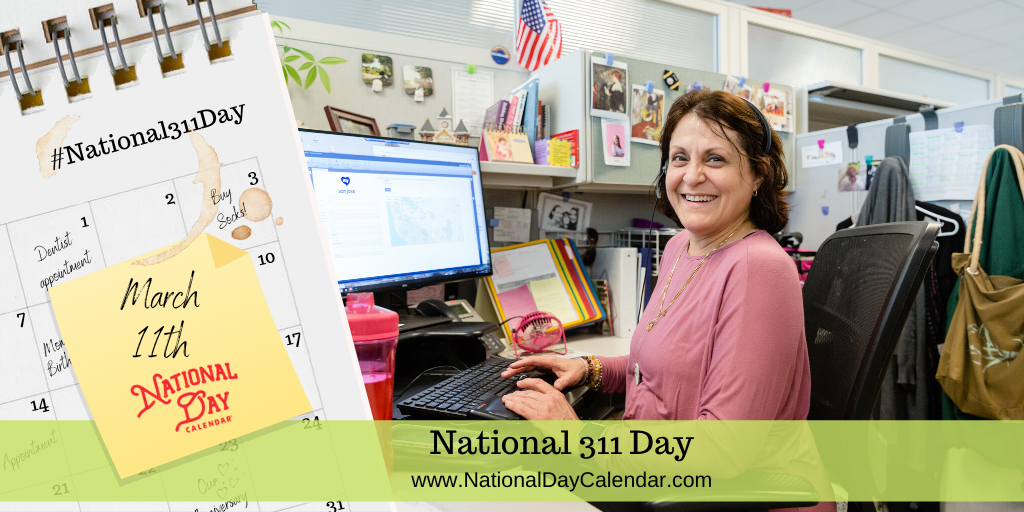 On 3/11, National 311 Day offers an annual reminder that 311 is a resource for communities around the country to connect with their city and non-emergency services. The 311 system is the non-emergency number to call in many cities across the country for residents to report issues, find out about city services, and ask questions.

Since the creation of the 911 emergency system, non-emergency calls have slowed operators’ response times to true emergencies. In 1996, Baltimore, Maryland adopted the first 311 system as a way to ease pressure on the overburdened 911 system. The new system freed up emergency phone lines and shortened wait times for emergency calls, helping 911 dispatchers get emergency services to folks that need them more quickly, ultimately saving lives. The 311 system also invited the citizens to be the eyes and ears of the city while more closely connecting the public sector to its citizens.

Citizens call the 311 number to report concerns they notice in their own cities. Some examples of the kinds of reports residents make include:

Today, the 311 system is available in most major cities and is spreading to smaller towns across the United States. A 311 system saves lives by diverting non-emergency calls from the 911 system so emergency personnel can focus on those who need it most.

Learn whether your city uses the 311 system. If so, be sure to use it to report non-emergency issues. If your city doesn’t, encourage your city leaders to add 311 to their program. Get the word out about using 311, too. Make sure your friends and family know how to use it and when. One way to do that is by using #National311Day on social media.

In 2020, seven Google.org Fellows worked with the City of San José to improve 911 and 311 response times. Google and San José, in collaboration with Las Vegas, Los Angeles, Oakland, and Santa Clara County, founded National 311 Day to increase awareness of the non-emergency number and honor the ‘first’ first responders who field these calls and assist people across the country.

The Registrar at National Day Calendar proclaimed National 311 Day to be observed on March 11th, annually.