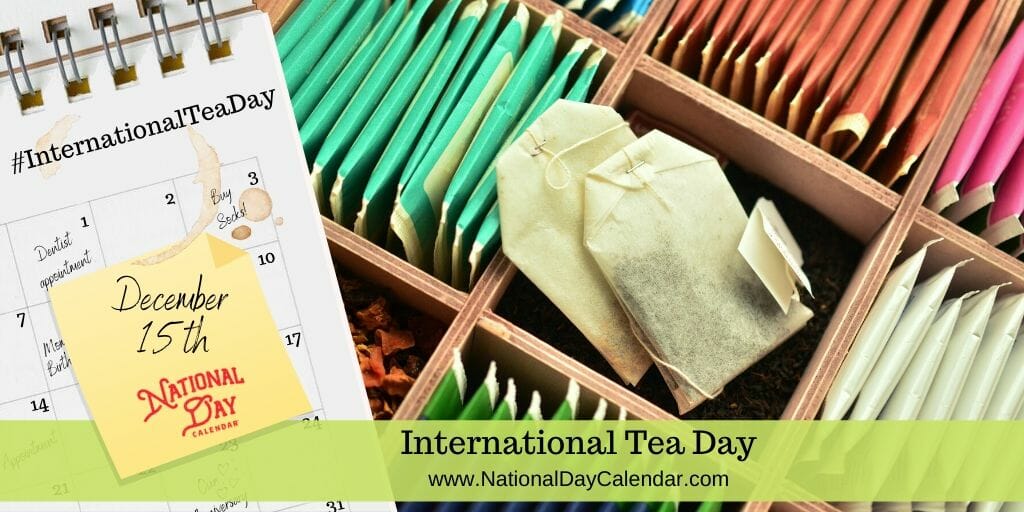 Every year on December 15th, tea-producing countries celebrate International Tea Day. The day seeks to draw the attention of governments and citizens around the world to the impact that tea trade has on workers and growers.

The tea-producing countries that celebrate International Tea Day include:

Aside from water, tea is the most popular beverage in the world. The primary types of tea include white, black, green, oolong, herbal, and pu’erh. Tea is believed to have originated in China. There, drinkers used tea for medicinal reasons. In the 17th century, tea made its way to the UK.

Because of the large number of tea drinkers in the world, tea demands a massive production scale. Unfortunately, in many tea-producing countries, production comes with many challenges. Some of the obstacles tea-producing countries face include low wages for tea workers, lack of medical care for tea workers in rural areas, and a lack of clean and potable water on tea plantations. There is also a need for improved sanitation on tea plantations. Additionally, women make up 50 percent of the workforce on tea plantations. These women usually don’t have access to education.

Trade unions and workers’ organizations gather on this day to organize seminars, public events, and presentations. Their goal is to heighten a sense of collectivism among tea growers and strengthen tea growers associations. The day also celebrates tea culture. Organizations host events recognizing the significance of tea as a major export crop for tea-producing countries.

You don’t have to be from a tea-producing country to celebrate this day. To participate:

Be sure to share this day on social media with #InternationalTeaDay.

The Intergovernmental Group on Tea proposed to celebrate International Tea Day on May 21st. The proposal was approved at a recent FAO conference and is awaiting approval by the UN General Assembly.