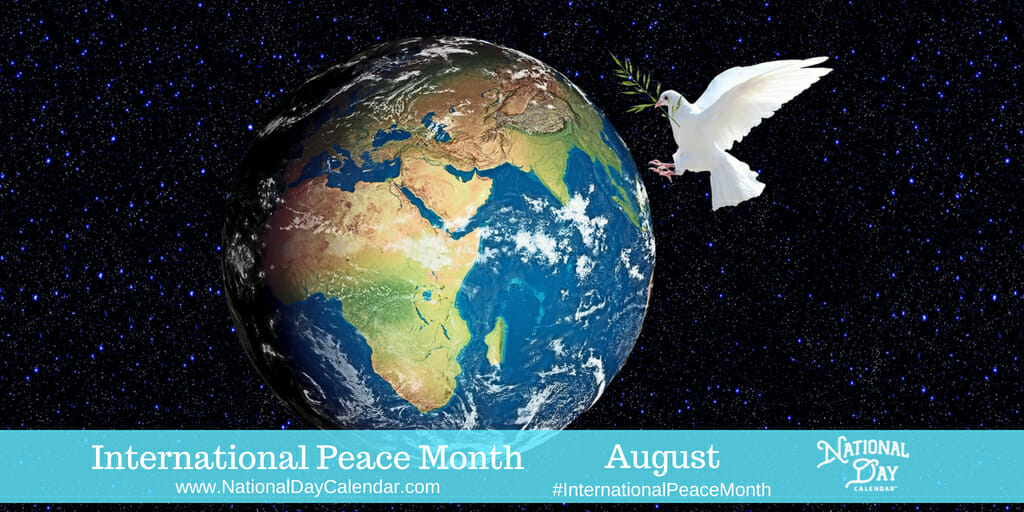 August is International Peace Month and a time to reflect on the First World War. On August 16, 1926, TIME Magazine wrote: “At Rheims, martyred memorial city of World War destruction, 4,000 pacifists from 30 countries assembled last week for the Fifth International Democratic Peace Conference. Nine hundred of the delegates were young Germans, representing almost every German city. At the first session, the present month of August 1926, was proclaimed “international peace month,” the delegates voting to encamp in tents upon the onetime World War battlefields of France through Aug. 29, ‘in order to pursue an intensive study of international peace work.'”

International Peace Month was born of a series of tragic miscalculations, the war killed millions and ravaged Europe on a scale once considered unthinkable. The war not only set the stage for a century of violence and conflict but forever altered the human mindset, ushering in an age of cynicism, fatalism and lowered expectations for the future. As memory of the war recedes, it’s increasingly important that we educate new generations about the horrors of that conflict and learn whatever lessons we can, so we may not repeat the mistakes that led to the Great War.

“Those who do not remember the past are condemned to repeat it.” – George Santayan

Many books have been written about the Great War. We have combined a reading list to help understand the era and how soldiers and families came to terms with the outcome.

Study the history of the Great War, i.e., World War I. Learn about the worldwide devastation that led to the declaration of International Peace Month. Never let the world forget the devastating effects of the war. Use #InternationalPeaceMonth in social media correspondence.

HISTORY
International Peace Month was founded on August 16, 1926, at the Democratic Peace Conference in Germany. In commemoration of the month, delegates, mostly of German descent, voted to encamp in tents upon the battlefields of France through August 29.