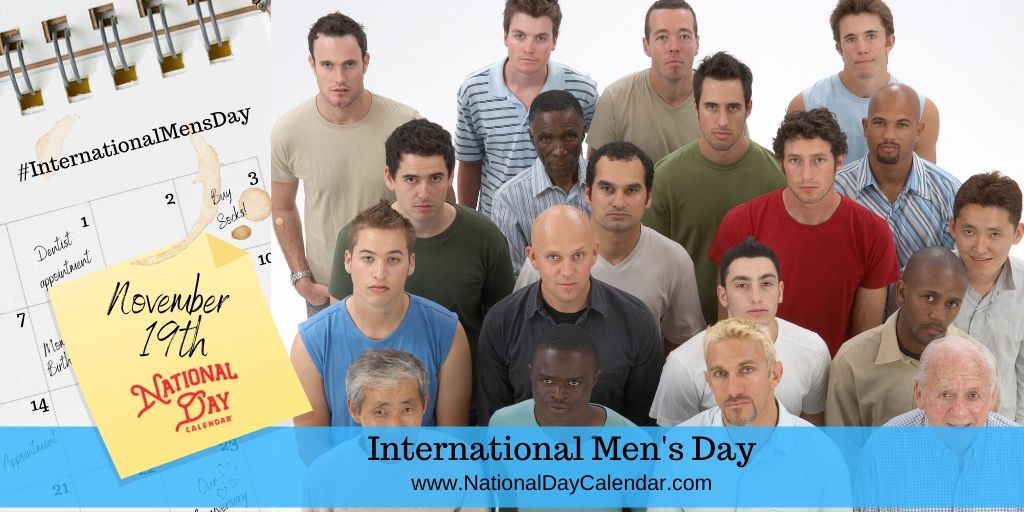 International Men’s Day on November 19th is a chance for men around the globe to teach the boys in their lives the values, character, and responsibilities of being a man. On this day, male role models are invited to set examples of health, well-being, and integrity for young men.

The six primary components of International Men’s Day include:

When men lead by example, they help to create a fair and safe society. Their positive actions allow everyone to prosper.

Men celebrating International Men’s Day should not only be thinking about how they can positively influence their sons but other boys as well. These include boys without a father or who do not have a male role model to guide them through life.

HOW TO OBSERVE #InternationalMensDay

Give a shout out to one of your favorite men on social media. When doing so, be sure to share it with #InternationalMensDay.

Jerome Teelucksingh, a lecturer of history at the University of the West Indies in Trinidad Tobago, founded International Men’s Day in 1999. He was simply answering a call from as far back as the 1960s for a day to celebrate the accomplishments of men. Discover more visiting the website.