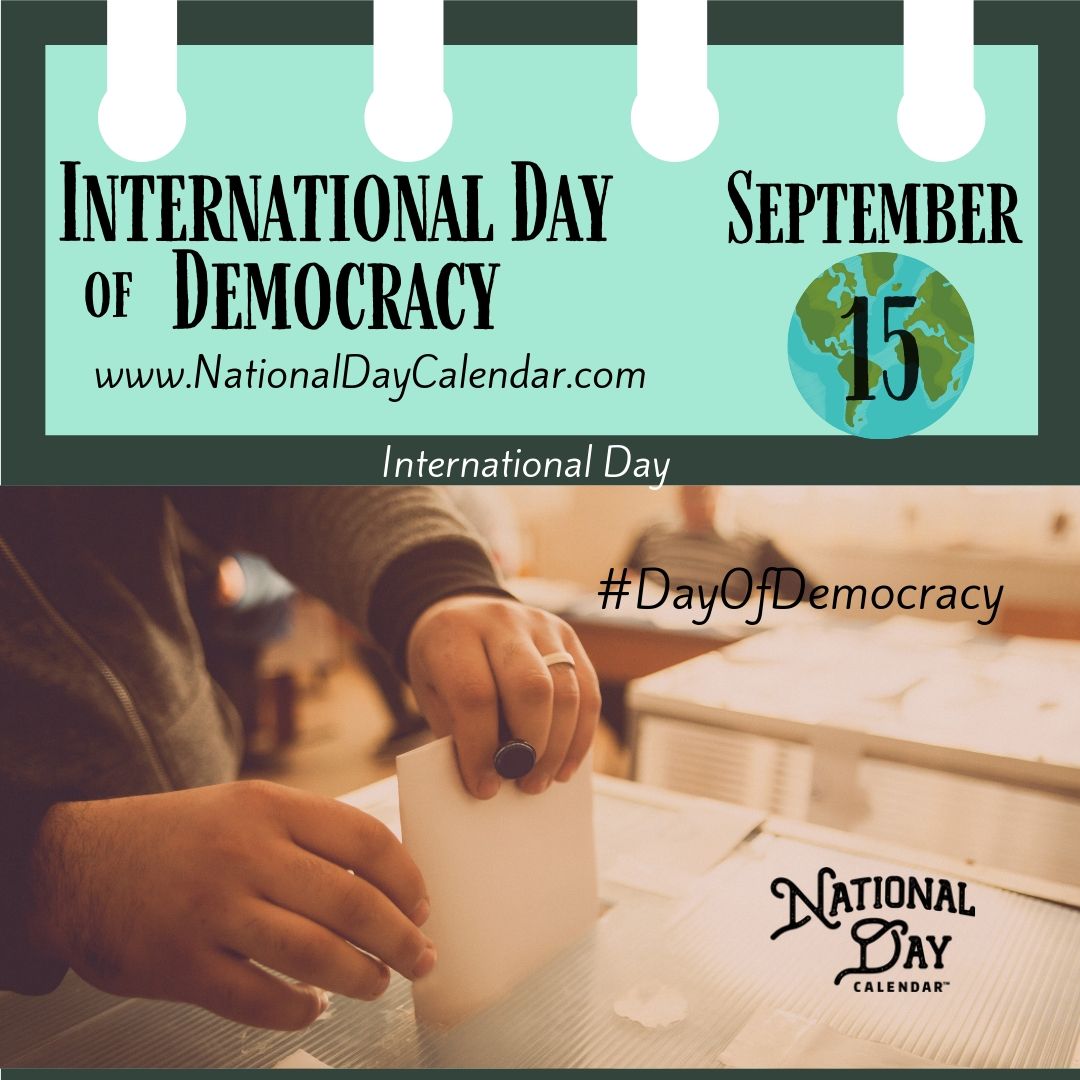 The United Nations has marked September 15th as the International Day of Democracy. On this day the UN urges all governments to promote and uphold the principles of democracy.

Democracy is a form of government in which citizens exercise power by voting. Democracy is built on a foundation of inclusion. Equal treatment and participation are also important components. Democracy is also a building block for peace and human rights. Countries with democracies have a constitution, which helps to create an environment of protection for its citizens. Democratic states also are less likely to breed terrorists. They are also more active in the global economy.

True democracy gives power to the people. It involves dialogue between civil societies and political classes. This dialogue should influence policymaking decisions. In many countries throughout the world human rights defenders and government officials are under attack. Women remain underrepresented.

Because of these threats, it’s more important than ever to embrace democracy and the global freedoms it provides. It’s also of utmost importance to assist in the formation of new democracies.

On the International Day of Democracy, organizations around the world hold various events to promote democracy. These events include discussions and conferences with keynote speakers. These speakers are usually leaders or educators that support democratic governments. Information is disseminated that discusses the link between democracy and freedom of expression. The Inter-Parliamentary Union (IPU) organizes public opinion surveys about democracy.

Some ways for you to observe include visiting your state’s capitol building and learning more about the legislative process. Use the Internet to find countries that don’t have a democracy. Learn about how this affects the citizens. Some non-democratic countries include Qatar, Cuba, United Kingdom, North Korea, and Saudi Arabia. Talk to your kids about democracy. Make a commitment to vote in the next election.

Take time to reflect on what democracy means to you. Write your thoughts down in the form of an essay, poem, or blog post. You can also post your thoughts on social media. When doing so, share it with #InternationalDayOfDemocracy.

On November 8, 2007, the UN general assembly made September 15th the International Day of Democracy. The assembly invited individuals and organizations to commemorate the day. It also called on governments to share experiences of promoting democracy. The first International Day of Democracy was celebrated in 2008 by 46 national parliaments. This date marked the 20th anniversary of the first International Conference of New or Restored Democracies.

Every year the UN creates a new theme for the International Day of Democracy. Past themes have included: “Strengthening Voices for Democracy,” “Engaging Youth on Democracy,” and “Inclusion and Participation as Foundations of Democracy.”