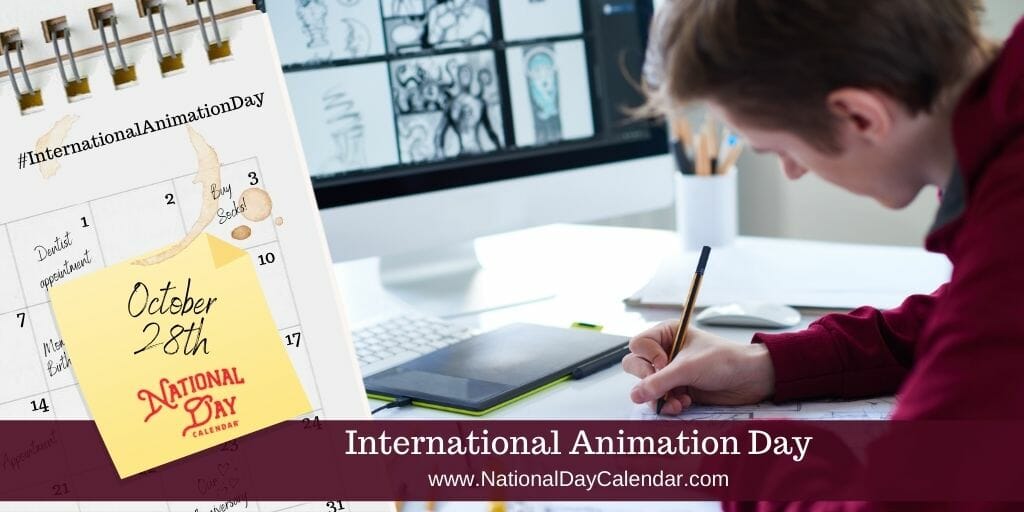 On October 28th, International Animation Day recognizes the artists, scientists, and technicians behind animated art. It’s also a day to celebrate all aspects of animation.

When artists manipulate drawings to appear as moving pictures, they are creating animation. This art form has been used for more than 100 years to create cartoons and other types of entertainment. Through the years, artists and technicians have developed different kinds of animation.

Other commonly used types of animation include rotoscope, motion capture, mechanical, and claymation.

Animation associations, organizations, and individuals hold a variety of events on this day. Events include animated film screenings, art exhibits, animation demonstrations, and workshops. To participate:

Share your favorite animated video or movie on social media with #InternationalAnimationDay.