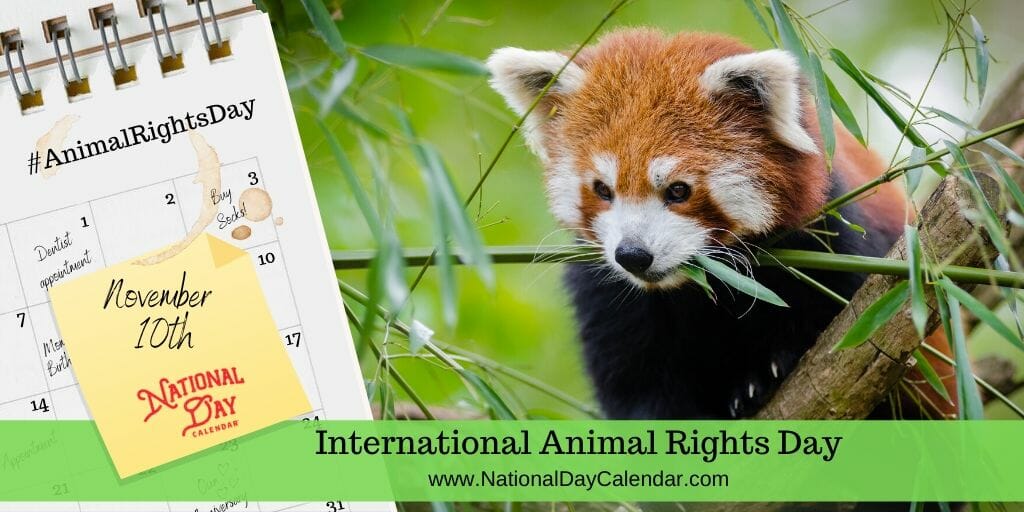 Each year on December 10th during International Animal Rights Day, animal rights advocates around the world seek to persuade people that kindness and respect are owed to all sentient beings. This, of course, includes animals.

Most people understand that animals can feel pain. Many also believe animals can feel and perceive feelings. For these reasons, it’s important to realize that like humans, animals deserve to have rights. To do everything they can to guard animal rights, activists believe humans should:

Animal lovers around the world celebrate this day by holding candlelight vigils. This is to draw attention to the Universal Declaration of Animal Rights. This declaration states that animal rights are a logical progression from basic human rights. People for the Ethical Treatment of Animals (PETA) encourages individuals to participate in this day by not eating animals. They also encourage people to adapt a vegan lifestyle. PETA states that by doing so, 100 animals per year will be saved.

Other ways to participate in this day include:

Be sure to share this day on social media with #InternationalAnimalRightsDay

The animal rights association, Uncaged created International Animal Rights Day in 1998. It was their goal to highlight all forms of violence against animals. Founders of the day stated that since animals can’t vote, protest, or lobby for their own protection, humans have to do it for them. Uncaged has its headquarters in Sheffield, England. They specifically chose December 10th for International Animal Rights Day as it coincides with Human Rights Day. It’s their desire to extend these same inalienable rights to all living creatures, even if they are a different species than humans.