7 Ice Cream World Records to Beat – Do you like ice cream? How about a little competition? Well, these ice cream lovers set out to enjoy their ice cream and make a little history while they were at it. If you’re looking for a record that hasn’t been set yet, according to Guinness World Records, no one holds a record for the longest bicycle ride while eating an ice cream cone. There’s also not one for eating it in a dish, either. Pick your challenge! We’ve got 7 more ice cream world record holders just waiting for a you. 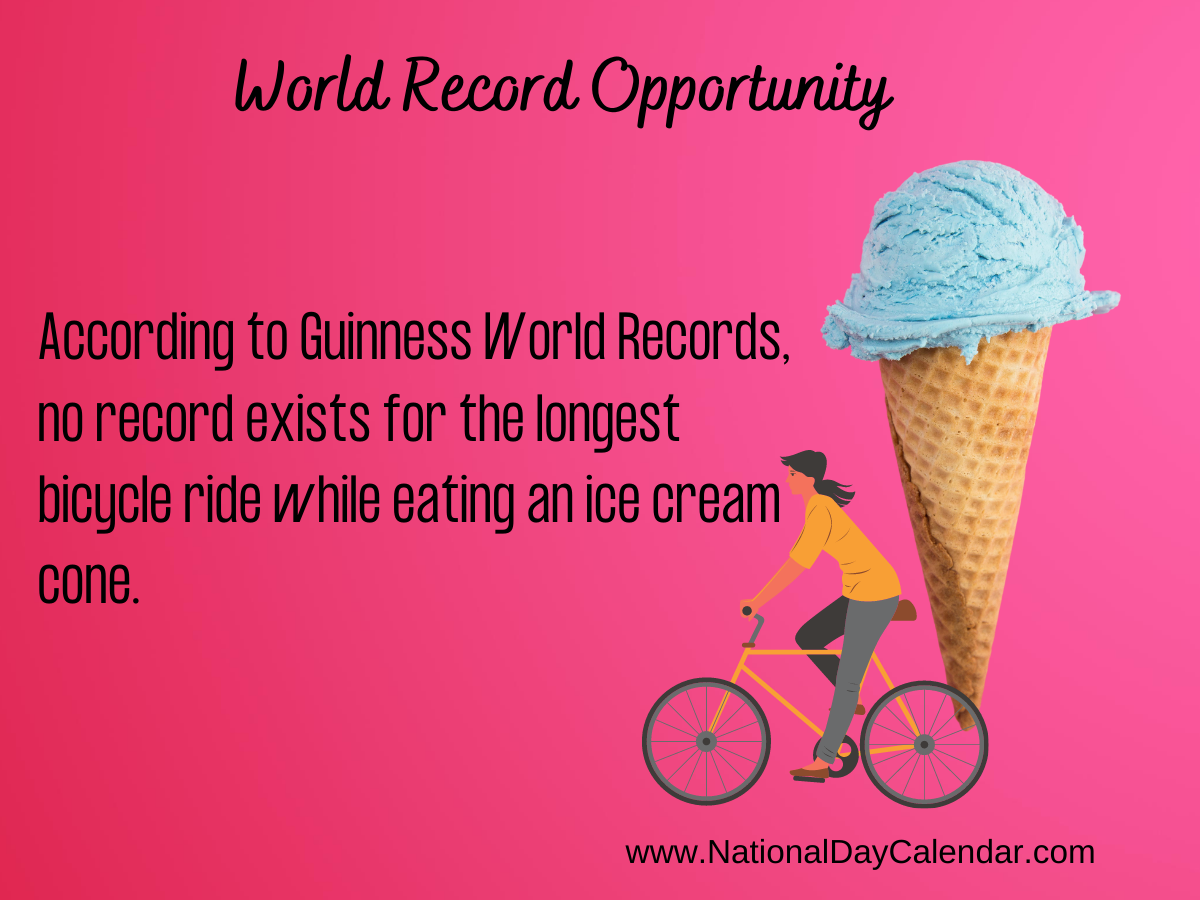 1. Most Ice Cream Eaten in 1 Minute

Brain freeze, anyone? On July 16, 2017, Isaac Harding-Davis ate 806 grams of ice cream in 1 minute. What ice cream did he eat? Ben & Jerry’s Strawberry Cheesecake. What flavor would you choose?

Getting that perfect scoop is so important, especially when it is resting on a cone. However, getting the perfect LARGEST scoop takes some effort! On June 28, 2014, Kemps attended the Cedarburg Strawberry Festival in Wisconsin and scooped up one giant serving of ice cream. It measured 5’6″ tall and 6’2″ wide! “What flavor?” you ask. Strawberry, of course!

It takes some practiced engineering to achieve some feats. When it comes to a 10 foot 1.26 inch ice cream cone, expect to do some figuring. On July 26, 2015, Hennig-Olsen Is AS and Trond L. Wøien of Norway made a giant wafer cone, chocolate lining, ice cream, and a jam topping included.

4. Most Ice Cream Scoops on a Cone

You know you’ve tried to stack as many ice cream scoops on the cone as possible. It takes some balance. What better place to break that record than in Italy, the home of the gelato? Dimitgri Panciera did just that – twice! His current record was made on November 17, 2018, with 125 scoops.

When it comes to breaking records, creativity counts! The ice cream shop Morelli’s Portstewart in the UK (also known as the Ice Palace) hosted 2,728 people during the record-breaking event. That’s a lot of ice cream!

You can hear the calliope now, can’t you? On October 16, 2018, a parade of 84 ice cream trucks and vans drove through Crewe, UK. The record was completed by The Ice Cream Van Dream Team.