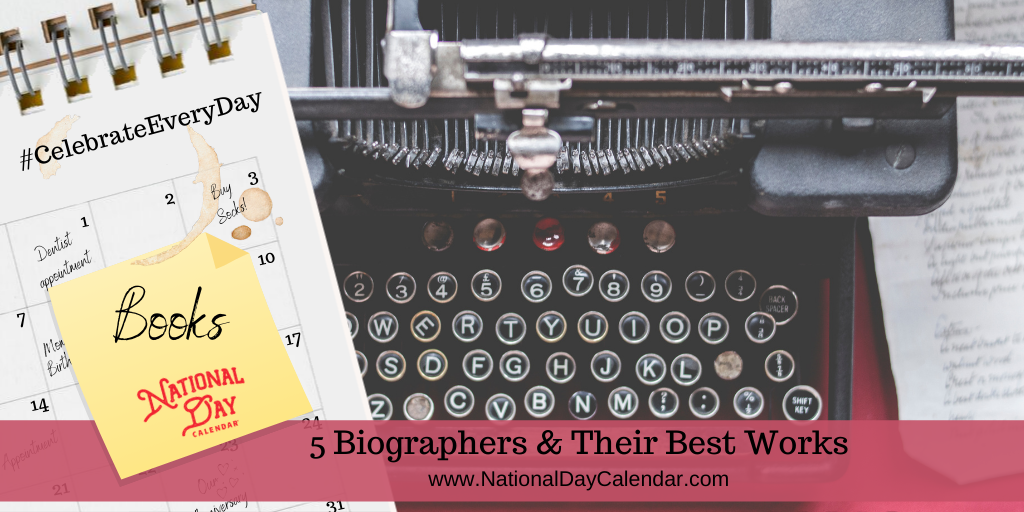 5 Biographers & Their Best Works – A biographer writes about someone else’s life. Throughout history, biographers have written about all kinds of interesting people. These people have included historical figures, members of royalty, famous celebrities, and world-changers. The best biographers do tons of research and are able to write about their subjects in the most interesting way possible. These 5 biographers have done this especially well & we also share their best works.

Biographer Sylvia Nasar wrote the Pulitzer Prize-nominated, “A Beautiful Mind.” Published in 1998, Nasar’s biography chronicled the life of John Nash, an esteemed mathematician. Despite his diagnosis of schizophrenia, Nash went on to win a Nobel Prize.

Sylvia Nasar was born in Germany in 1947. In 1951, she moved with her family to New York City. After moving to Turkey during her adolescence, Nasar eventually came back to the U.S. She graduated in 1970 with a degree in Literature. In 1976, she received a Master’s in Economics. Through the years, Nasar has written for Fortune Magazine, U.S. News & World Report, and the New York Times. In 2011 she wrote “Grand Pursuit: The Story of Economic Genius.”

Ron Chernow is the biographer for the book, “Alexander Hamilton.” Over 800 pages long, this biography details the life of the country’s youngest founding father. From 1789 to 1795 Hamilton served as the first secretary of treasury of the United States.

Chernow was born in 1948 in Brooklyn, New York. He graduated from Yale University and also Cambridge University with degrees in English literature. He began his career as a freelance writer and wrote several articles for national newspapers and magazines. Other subjects Chernow has written about include J.P. Morgan, John D. Rockefeller Sr., George Washington, and Ulysses S. Grant.

Many biographers have written about the former Prime Minister of the UK. However, it is Martin Gilbert’s book, “Churchill: A Life,” that is considered the final authority on the greatest Briton of all time. Churchill is well-known for leading Britain to victory during WWII.

Gilbert was born in 1936 in London. In 1962, he became a Fellow of Merton College in Oxford where he became acquainted with writers C.S. Lewis and J.R.R. Tolkien. Considered one of the world’s most prolific historians, Gilbert wrote close to 90 books. As someone who practiced the Jewish faith, Gilbert was especially interested in writing about matters concerning Jews. He wrote extensively about both World Wars, the Holocaust, and the Middle East conflict.

Fraser was born in Seattle, Washington. In 1987 she earned a Ph.D. in English and American Literature from Harvard University. Her other books include God’s Perfect Child: Living and Dying in the Christian Science Church, and Rewilding the World: Dispatches from the Conservation Revolution.

While most people know that Steve Jobs was the co-founder and CEO of Apple, little was known about the rest of his life. That is until Walter Isaacson published his best-selling biography, “Steve Jobs” in 2015. For the book, Isaacson conducted over 40 interviews with Steve Jobs in over two years. Isaacson also interviewed over 100 of Jobs’ family members, friends, and colleagues. The biography broke several sales records.

Isaacson was born in 1952 in New Orleans, Louisiana. He attended Harvard University and the University of Oxford. His studies included history, literature, philosophy, politics, and economics. Other subjects he has written about include Albert Einstein, Benjamin Franklin, and Henry Kissinger. In 2012, the biographer was selected by TIME Magazine as one of the 100 most influential people in the world.