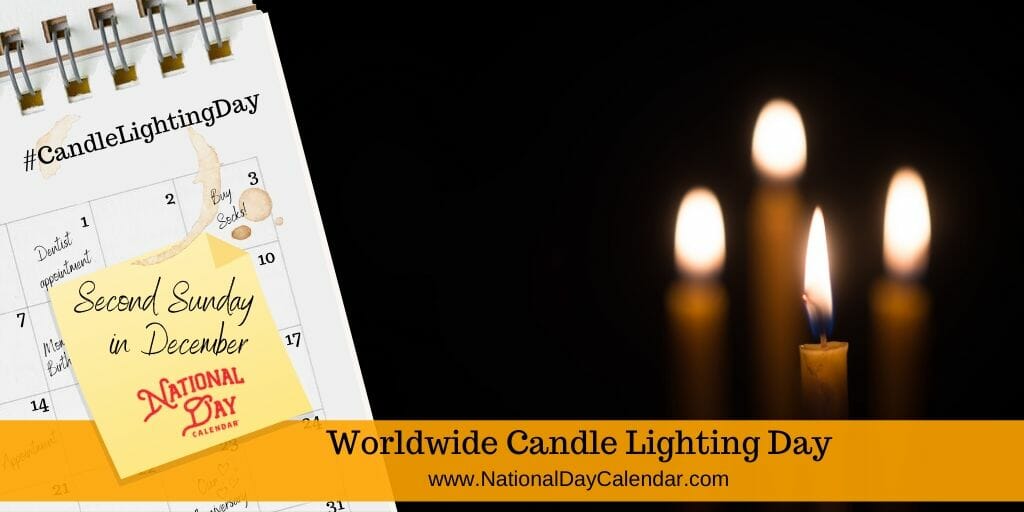 Every second Sunday in December on Worldwide Candle Lighting Day, family and friends gather to remember the children who left this earth too soon.

Worldwide Candle Lighting Day was created by The Compassionate Friends. The organization was founded over 40 years ago at the Warwickshire Hospital in England. A chaplain by the name of Simon Stephens had brought together two sets of grieving parents who had just lost their children. He realized the support they gave one another was more than he could do to ease their pain.

Shortly after, a Compassionate Friends Chapter began in the United States. It was incorporated in 1978. Today there are over 600 chapters throughout the world. They have a presence in all 50 states as well as 30 countries.

The organization realizes there is no greater loss than that of a child. The Compassionate Friends offers support, understanding, friendship, and hope to those grieving the loss of a life that has ended much too soon.

To participate in this event, find a candle lighting in your community or organize one of your own. You can also post a message on the Worldwide Candle Lighting Memorial Wall.

Be sure to share this day on social media with #CandleLightingDay

Compassionate Friends organized the first Worldwide Candle Lighting Day in 1997. They wanted to provide a way for people to come together and honor the memory of a child, grandchild, sibling, or anyone who passed away in their younger years. What began as a small internet observance has become the largest mass candle lighting event in the world. The event has become a gift to the bereavement community.