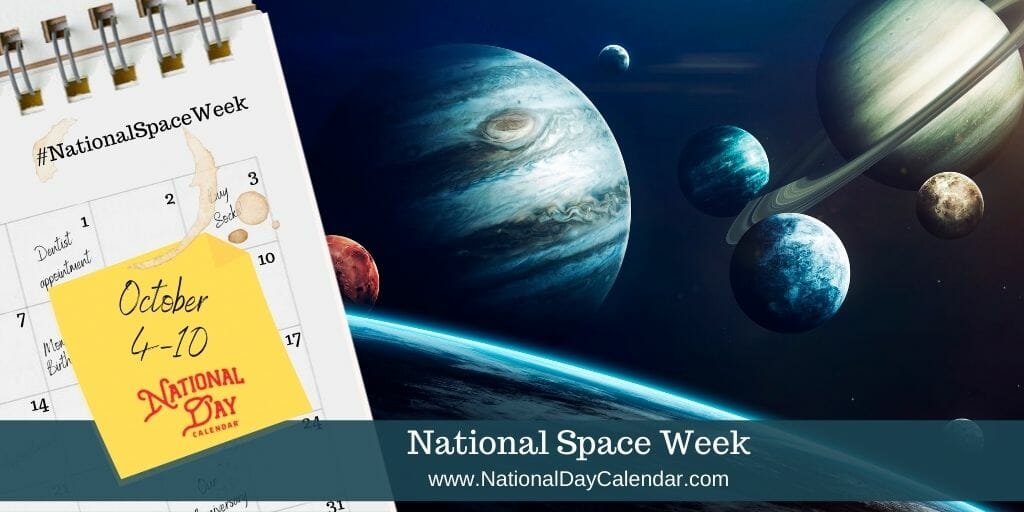 Every year, World Space Week launches events around the world, recognizing achievements in space science and technology. It’s the largest space event on Earth, and it takes place on October 4-10. Space agencies, schools, planetaria, museums, and astronomy clubs host events during the week to help leverage space education and outreach.

The week celebrates science and technology, focusing on space science, educating people about the benefits they receive from space. One of the goals of the week is to excite young people about STEM, Science, Technology, Engineering, and Math. On a more worldwide scale, the week encourages international cooperation in space outreach and education.

The observance is an international celebration of science and technology, and their contributions to the betterment of the human condition.

The entire week provides an excellent opportunity to visit space museums, observatories, and tinker with models. Space, planets, stars, and more have always fascinated the human race. Our fascination won’t soon fade. Explore and feed your interest in math and science. Spend it with your children and grandchildren. Read books and watch videos. Other options directly related to the event include:

Use #worldspaceweek to join the conversation on social media.

It’s also a great week to incorporate the study of space into your classrooms. Build and launch a model rocket. Study aerodynamics and the layers of the atmosphere. Research the history of NASA and other space programs around the world. Space is an amazing classroom!

The week of October 4 was chosen for the observance because the Russian satellite Sputnik launched into outer space that week.