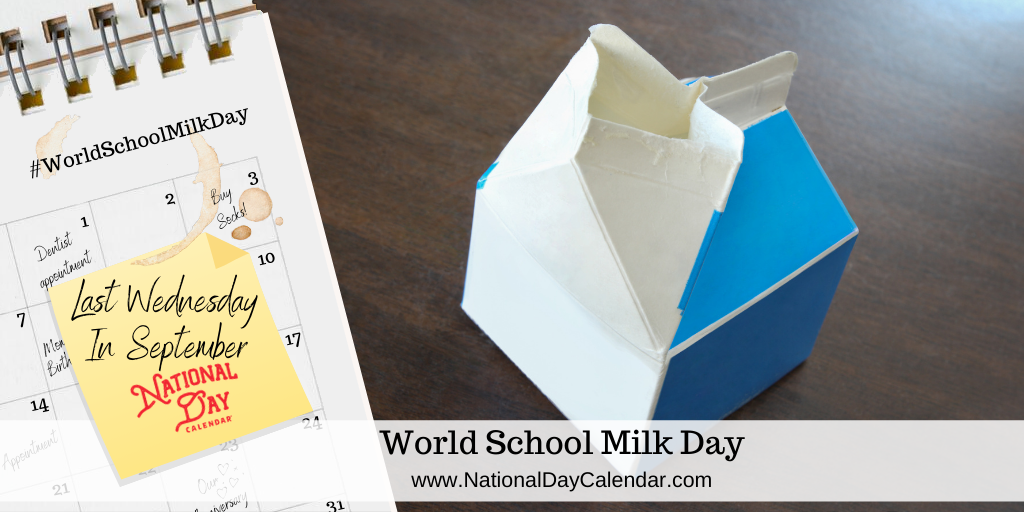 Every year on the last Wednesday in September, World School Milk Day celebrates the health benefits of school milk programs. It’s also a day to create awareness for the impact that a healthy dairy-filled breakfast has on a child’s day.

Ellen Wilkinson, the former Minister of Education in England, started one of the world’s first school milk programs. In 1945, Wilkinson got Parliament to pass the Free School Milk Act. This Act allowed children under 18 to receive a free pint of milk each day while at school.

It wasn’t long after that other countries followed suit. In 1955, the United States established the Special Milk Program (SMP). This program helped to increase milk consumption by children in schools. In 1966, the SMP was incorporated into the Child Nutritious Act. Through the program, children in school received a half-pint of milk each day.

Countries that participate in the school milk programs recognize the health benefits of milk. This healthy beverage contains lots of calcium. This mineral helps children keep their bones and teeth healthy and strong. Fortified milk also contains Vitamin D, which promotes bone growth and reduces inflammation. Other health benefits of milk include:

Keeps blood pressures levels at a normal level
Helps children stay hydrated
Reduces the risk of cardiovascular diseases
Contains vitamins and minerals that are good for eyesight
Contains protein, which is a good source of energy

Besides a milk program, some schools participate in breakfast programs that provide nutritious meals to students. This program is also very beneficial to students as it helps them have a good start to their day. These breakfasts usually include a serving of milk.

Many countries do not have a school milk program or breakfast program. However, they still recognize the health benefits of milk and participate in this day. Some countries that participate include Austria, Canada, China, Ethiopia, France, Poland, Switzerland, the United States, and England. Events in these countries include distributing free milk to students, integrating milk-related activities into the curriculum, and having a national figure endorse the day.

Spread awareness for this day on social media with #WorldSchoolMilkDay

The first World School Milk Day was held in September of 2000. The Food and Agriculture Organization of the United Nations (FAO) came up with the day. They chose the last Wednesday in September as it is a school day in most countries.