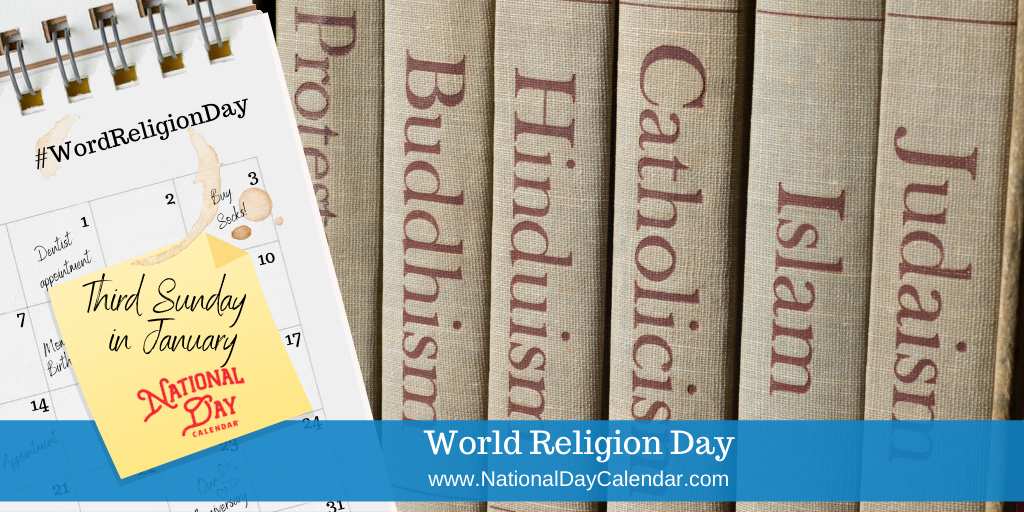 Every year on the third Sunday in January, people from all cultures and backgrounds come together World Religion Day. The day celebrates the commonality of the major faiths of the world.
It may surprise you to know that there are over 4,000 recognized religions in the world. These religions consist of churches, congregations, faith groups, tribes, cultures, and movements. Even though there are so many, three-quarters of the world’s population practice one of the five major religions. These include:

Of these religions, Christianity has the most followers. According to recent statistics, there are 2.4 billion Christians in the world. With 1.6 billion followers, Islam is the second largest. There are only 14.3 million followers of Judaism. However, Judaism is one of the oldest monotheistic religions in the world. Many other religions stem from the beliefs of these three religions. Hinduism and Buddhism both have their origins in Northern India.

Other major world religions include Confucianism, Gnosticism, Jainism, Shinto, and Sikhism. There are also several different religions practiced by Native Americans, the African diaspora, and Africans.
Many people are not very positive about religion. However, religion is vital for many reasons. Religion shapes a person’s morals, ethics, customs, and ultimately shapes their behavior. It also gives people hope.

Many say their belief in God, or a higher power, helps them through difficult situations. Having a religion also gives them peace about what happens after they die.

With so many religions and belief systems, how is it possible to find common ground? This is the goal of events that take place on this day – to acknowledge similarities that different faiths have. For example, most religions have their own version of the “Golden Rule.” This is the belief that it is good to treat others as you want to be treated. Along with finding common ground, this day seeks to promote inter-faith understanding and harmony.

No matter how you choose to observe this day, be sure to share #WorldReligionDay on social media.

The National Spiritual Assembly of the Baha’is of the United States initiated World Religion Day in 1950. The Bahá’í faith teaches the value of all religions. Additionally, this faith emphasizes the importance of universal equality and unity.