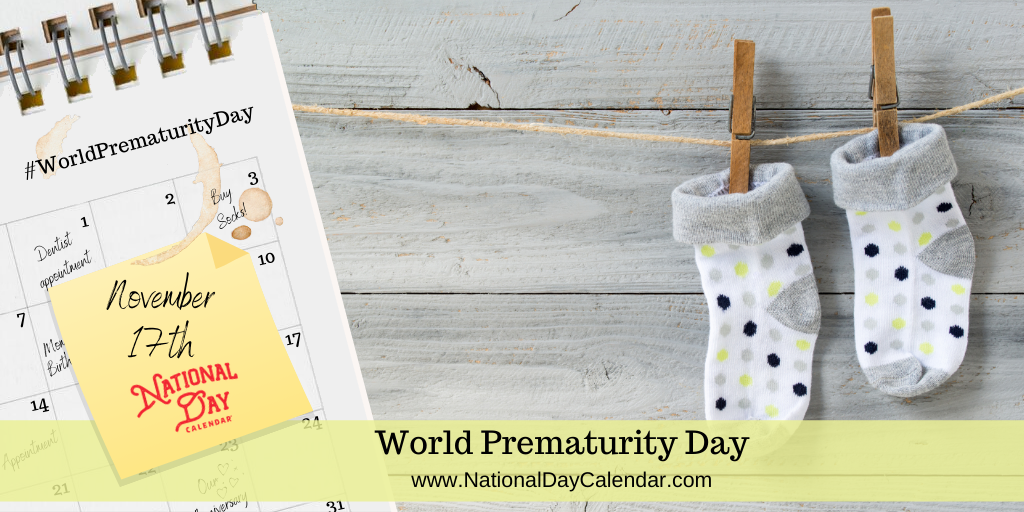 Every year on November 17th, World Prematurity Day spreads awareness about preterm birth and the concerns about premature births for their families.

According to the World Health Organization (WHO), 15 million babies are born preterm. This means one in 10 babies is born too early. A baby is considered premature at less than 37 weeks gestation. The number of preterm babies continues to rise. The countries with the most preterm births include India, China, Nigeria, Pakistan, Indonesia, and the United States. Premature births raise concerns because these babies face an increased chance of disability. Some of the most common disabilities and health issues include cerebral palsy, developmental delay, asthma, hearing loss, vision problems, intestinal problems, and recurrent infections.

Other babies face the risk of death. One million babies die each year due to complications from a premature birth. Globally, premature birth is the leading cause of death of children under 5. In low-income settings, half of these babies die due to a lack of cost-effective care and a lack of primary care for infections and breathing difficulties. In high-income countries, most babies born at or after 32 weeks almost always survive.

Premature babies are tiny, and their organs are often underdeveloped. The world’s smallest premature baby to survive is Baby Saybie. She was born at 23 weeks and weighed just 8.6 ounces. Doctors told her parents she only had hours to live. Five months later, she was discharged from the neonatal intensive care unit (NICU) in San Diego, CA.

Access to cost-effective health care in a neonatal intensive care unit (NICU) dramatically increases the chances of survival for preemies. The availability of steroid injections to strengthen the baby’s lungs in utero and antibiotics to treat infections are also essential. Additionally, a type of care called kangaroo care, where the mother makes skin to skin contact with her baby for several minutes a day provides many benefits to the tiny baby.

If you have had a premature baby, share your story on social media. When doing so, use #WorldPrematurityDay.