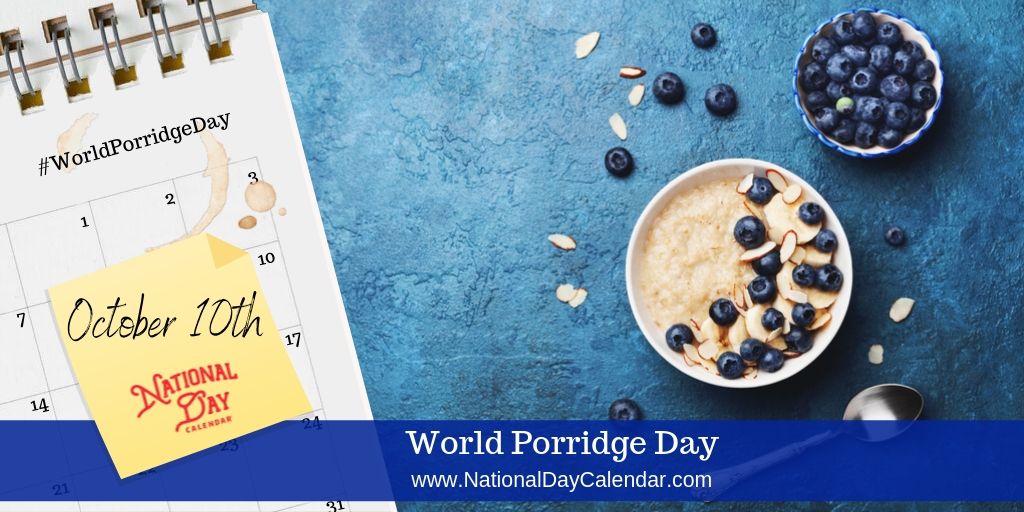 Most people think of oatmeal when they think of porridge. However, there are other types of starchy plants that are used for porridge. These include rice, wheat, barley, corn, and buckwheat. Some porridge lovers add milk to their porridge, while others are content with just water. Fresh fruit, especially blueberries or bananas, adds a sweet touch. Other tasty additions to porridge include honey, peanut butter, nuts, raisins, baked apples and cinnamon, and even chocolate.

People who eat porridge regularly enjoy many health benefits. Besides improving heart health, porridge made with whole grains provides a boost to bone mineral density and reduces the risk of diabetes. Eating porridge can even increase life expectancy. It’s also a great meal as it helps you feel full longer.

Along with the deliciousness and the health benefits of porridge, it’s also inexpensive to make. So what are you waiting for? Cook up a delicious bowl of porridge and enjoy!

Since World Porridge Day is also a day to help spread awareness for child hunger, donate to Mary’s Meals or The Hunger Project. If you can’t donate, host a porridge party to raise funds for hungry children.
Another great way to observe World Porridge Day is to make yourself a nice, warm bowl for breakfast. You could even have it for lunch or dinner.
Here is an excellent homemade porridge recipe to try:

Heat a frying pan over medium-high heat and toast the oats until they smell nice. Place the oats in a medium saucepan along with the milk and water. Bring slowly to a boil. Stir frequently. Turn down the heat and simmer. After five minutes, add the salt. Simmer for another 5 minutes, stirring regularly until it is the right consistency. Cover and allow to sit for five minutes. Add any delicious toppings of your choice.

Don’t forget to share the day on social media with #WorldPorridgeDay.

The first World Porridge Day was held on October 10th, 2009. The day was created as a way to raise funds for Mary’s Meals in Argyll, Scotland. Mary’s Meals provides food to starving children in developing countries.
World Porridge Day is held in conjunction with the World Porridge Making Championship. The winner gets the coveted “Golden Spurtle” trophy. Prizes are awarded for the best traditional porridge, which consists of oatmeal, water, and salt. A prize is also awarded for the best specialty porridge. The contest is held in Carrbridge, Scotland.