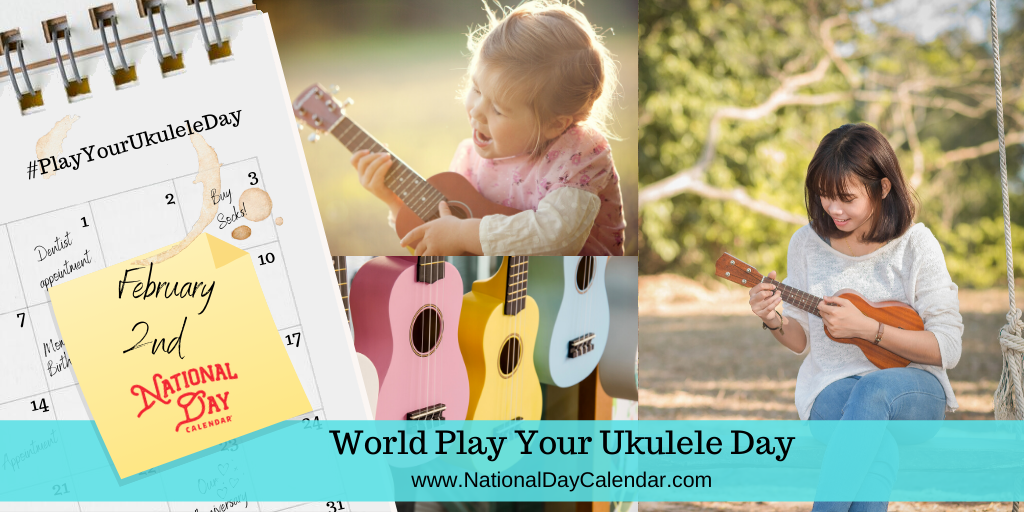 Every year on February 2nd, World Play Your Ukulele Day encourages music lovers to get out their four-stringed instrument and strum away. It’s also a day to get people interested in the ukulele.

The four notes on the ukulele are G, C, E, and A. The word ukulele is a Hawaiian word that means “jumping flea.” It became known as that because when skillfully played, it looks like the fingers are jumping around on the strings like a flea. Even though it has a Hawaiian name, the instrument was actually brought to the island by Portuguese immigrants.

The ukulele was brought to the mainland in the early 20th century. It became a popular instrument for the jazz music of the 1920s. The “uke” as it is sometimes called, also has connections in country music history. Jimmie Rodgers and Ernest V both skillfully played the instrument. The ukulele also has its place in pop and rock music. Taylor Swift, Eddie Vedder, and George Harrison have played the ukulele during their performances.

People around the world celebrate the day under the slogan, “bring the world together, four strings at a time.” Ukulele players do this by gathering together for concerts, music festivals, and workshops. If you have been thinking about buying a ukulele, today is the perfect day to do it.

Other ways to participate: