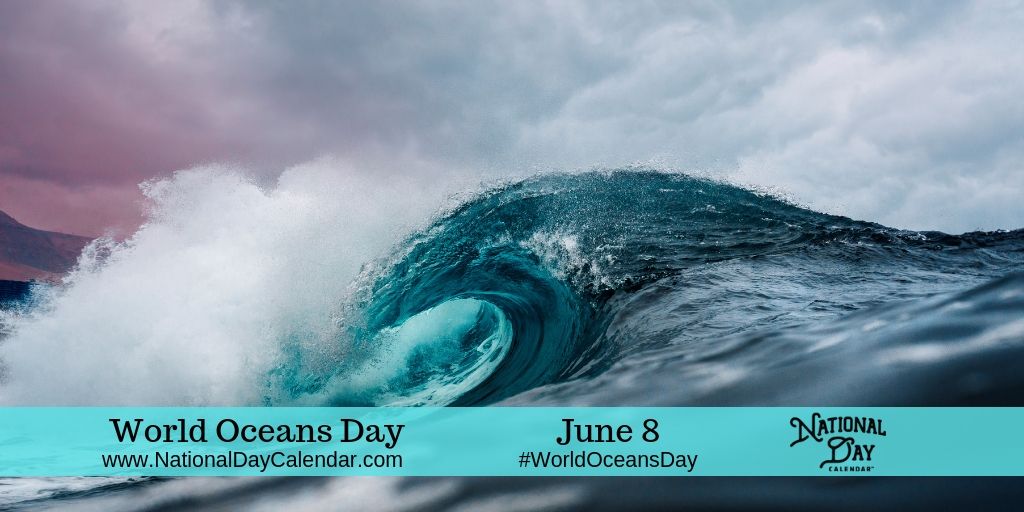 World Oceans Day takes place every 8 June. It is an annual observation to honor, help protect, and conserve the world’s oceans. The ocean provides us with many resources and services including oxygen, climate regulation, food sources, medicine, and more

The sea is important because it:

On social media, use #WorldOceansDay to follow the day.

Do an internet search of photographs to see diverse and beautiful ocean creatures. One place to visit is the National Geographic website.

Since garbage, biota, and bacteria from local streams end up in the ocean, the next time you go a stream, river, lake or the ocean, clean up after yourself and join a local beach cleanup.

The concept was initially proposed in 1992 by Canada’s International Centre for Ocean Development (ICOD) and the Ocean Institute of Canada.

At the first World Oceans Day in 1992, the objectives were to move the oceans from the sidelines to the center of the international discussions and to strengthen the voice of marine and coastal constituencies worldwide.

World Oceans Day events are celebrated on 8 June, the closest weekend, the week, and the month of June. The day is marked in a variety of ways, including launching new campaigns and initiatives, special events at aquariums and zoos, outdoor explorations, aquatic and beach cleanups, educational and conservation action programs, art contests, film festivals, and sustainable seafood events.