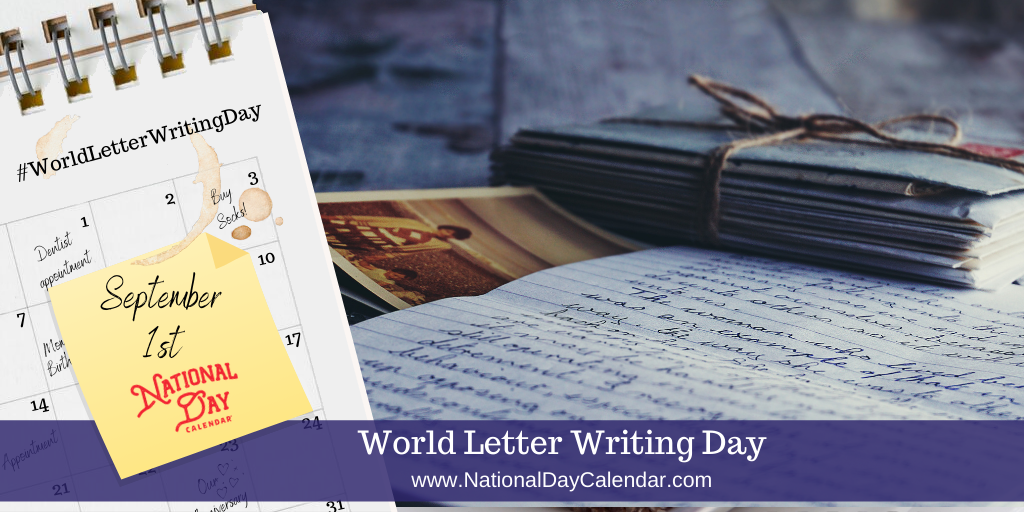 Every year on September 1st, World Letter Writing Day encourages people worldwide to pick up a pen, grab a piece of paper, and write a letter. It’s also a day to learn about the art of letter writing.

In this digital age of text and e-mail, it’s almost unheard of to sit down and compose a letter. However, according to research, there are good reasons not to abandon letter-writing altogether.

Here are some great reasons to write a letter:

One more reason to write a letter instead of a text or e-mail is that it forces you to really think about what you’re writing. Far too often, we hurriedly send texts and e-mails without really thinking about the impact our words have on the receiver. With a handwritten letter, you are forced to be more careful with the words you choose.

If you have never written a letter, all you need to know is the parts it should include. These parts include the date, a greeting, the body, a closing, and your signature.

The best way to observe this day is to write a letter to someone. It could be a friend or relative that lives miles away or someone you have lost contact with over time. The recipient of your letter could even be your spouse, a parent, or best friend. Other ways to participate include:

Richard Simpkin founded World Letter Writing Day in 2014. In the late 1990s, Simpkin wrote letters to those he considered to be an Australian legend. He became excited when these legends responded to him by letter. In 2005, Simpkin released his book, “Australian Legends.” His excitement over the letters that made the project possible caused him to create a day dedicated to writing letters. To help promote letter writing, Simpkin does letter writing workshops in schools and encourages adults to take a break from social media and write a letter.