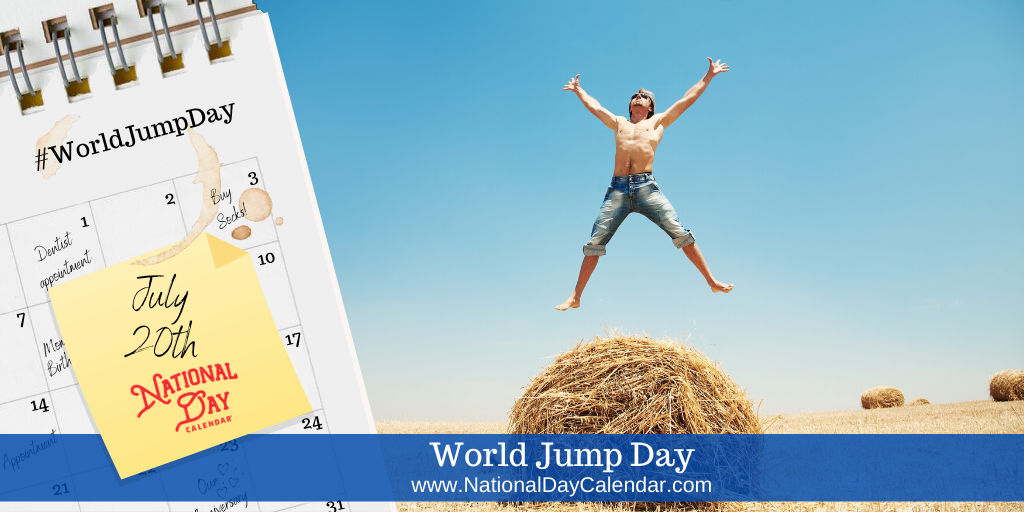 Every year on July 20th, World Jump Day encourages people around the world to jump simultaneously. The idea behind the initial observance was to have millions of people jump at the same time in order to change the Earth’s orbit.

There are some proven benefits of jumping, however. Some of these benefits include:

Another benefit of jumping is that it’s just plain fun. Jumping can help you feel like a kid again. One of the best ways to reap these benefits is to jump on a trampoline. A ten-minute jump on the trampoline is the same as a half-hour run!

For some people, bungee jumping or jumping out of an airplane can help them overcome certain fears. Doing these things is also a great adrenaline rush, which can help relieve stress and decrease tension.

People around the world are encouraged to jump at precisely 11:39:13 Greenwich Mean Time (GMT). Grab a partner or a group of friends and jump! If you miss the specified jump time, there are still other ways to participate:

No matter how or where you jump, take a picture or video and post it on social media with #WorldJumpDay.

Torsten Lauschmann, a German artist from the United Kingdom, created World Jump Day. The first event was held on July 20th, 2006. Lauschmann created a website to promote the day. In doing so, he supposedly had over 600 million registered jumpers. His hope was that by having enough people jump at the same time, it would change the orbit of Earth. Lauschmann believed this would help reduce global warming. Even though World Jump Day proved to be unscientific, it is still celebrated by millions of people around the world.