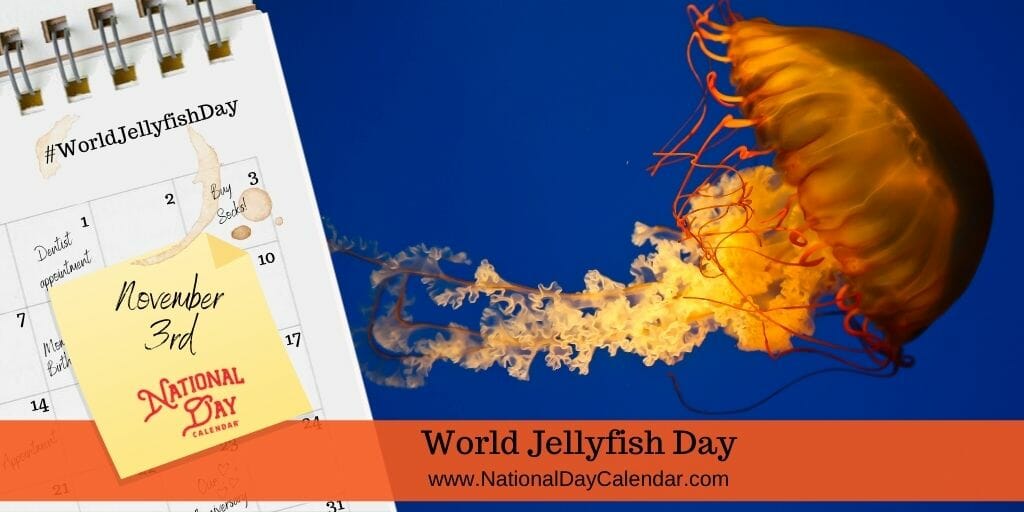 On November 3rd, World Jellyfish Day celebrates this invertebrate that has been on Earth for millions of years. The day also encourages us to learn more about these unique aquatic animals.

Despite its name, the jellyfish isn’t actually a fish. This is because a fish’s anatomy centers around its spine. A jellyfish, on the other hand, doesn’t even have a spine. In fact, jellyfish don’t have gills, a brain, heart, bones, or blood. Instead, a jellyfish is made up of 95 percent water. They also have skin, through which they absorb oxygen. The body of the jellyfish is called a bell. A jellyfish swims by contracting and relaxing the muscles around this bell. Their tentacles contain stingers, which protect them from prey.

Some jellyfish are pink, yellow, blue, purple, and other vibrant colors. Jellyfish are usually luminescent, which makes them especially beautiful. If you spot one, don’t get too captivated by its beauty. If you do, you may be in danger of getting stung. Some jellyfish stings are very painful, but others can be deadly. This is especially true of the box jellyfish. This type of jellyfish is usually found in Australia, the Philippines, and the central Pacific Ocean. If you do happen to get stung by a jellyfish, rinse the affected area with vinegar. You can also try to pluck the tentacles from the skin with tweezers.

On this day, aquariums all around the world host special jellyfish exhibits. It’s also a day for marine biologists and aquarists to educate the general public about this unique invertebrate. To participate:

Find a photo or video of jellyfish and share it on social media with #WorldJellyfishDay.

World Jellyfish Day has been observed on November 3rd since 2014.