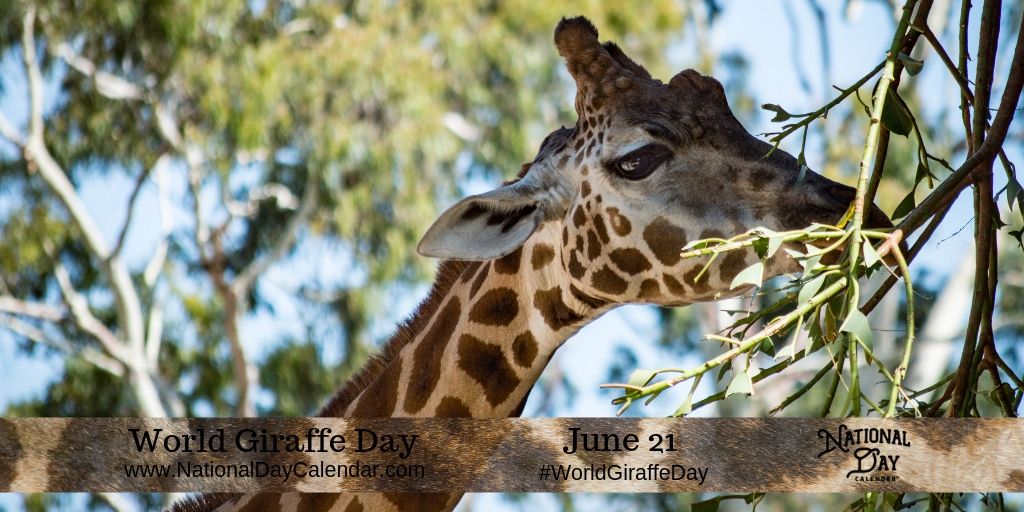 World Giraffe Day is an annual event initiated by Giraffe Conservation Federation to celebrate the longest-necked animal on the longest day of the year.

It’s estimated there are 111,000 giraffes in the world. In some areas, traditionally regarded as prime giraffe habitat, numbers have dropped by 95%.

Adopt a giraffe at Giraffe Conservation Federation. Follow on social media with #WorldGiraffeDay to join the conversation.

The first World Giraffe Day was organized by the Giraffe Conservation Federation in 2014.