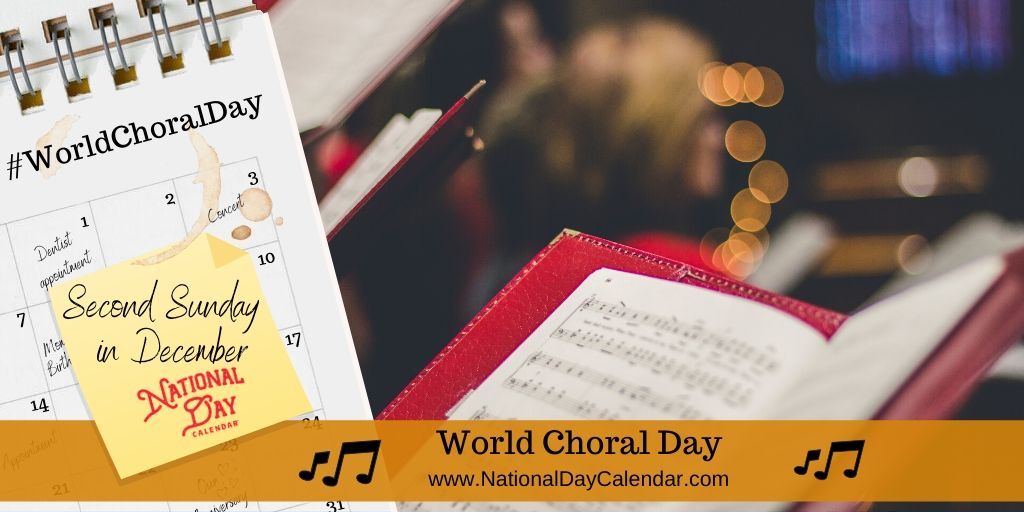 Every second Sunday of December, choral groups around the world gathers together to do what they do best: SING! It’s also a day for choirs to use their gift of music to extol the values of solidarity, peace, and understanding.

A choir is simply an ensemble of singers. Choirs are sometimes called choral groups. They can be small or large but usually, consist of at least 10 people. A chamber choir has between 20 and 36 singers. The largest choir ever to form was 21,262 participants. The group performed 3 hymns accompanied by an organ in the Philippines.

Choirs usually consist of people who sing different ranges. These include soprano, alto, tenor, and bass. Choirs are very popular in churches. Many communities have also formed their own choirs. These choral groups put on special signing events throughout the year as well as participate in fundraisers. Schools also have choirs, which is a great way to get young people excited about singing and performing in front of an audience. Some choirs are accompanied by an orchestra.

On this day, choral groups all around the world perform. Events are held in Russia, Spain, Canada, Australia, Hungary, Venezuela, Nigeria, Poland, and the United States. Because it’s held during the holiday season, many groups perform holiday music. Along with concerts, choral groups and singers hold music festivals, sing-alongs, and choral seminars.

If you have a video of your favorite choir performance, share it on social media with #WorldChoirDay

Alberto Grau, a renowned composer and conductor from Venezuela, initiated World Choral Day. Grau was born in 1937. He is considered one of the most influential contemporary Venezuelan choral composers and conductors of modern-day history. He served as the Vice President of the International Federation of Choral Music (IFCM). In 1990, IFCM held its General Assembly in Helsinki and World Choral Day was proposed and approved.