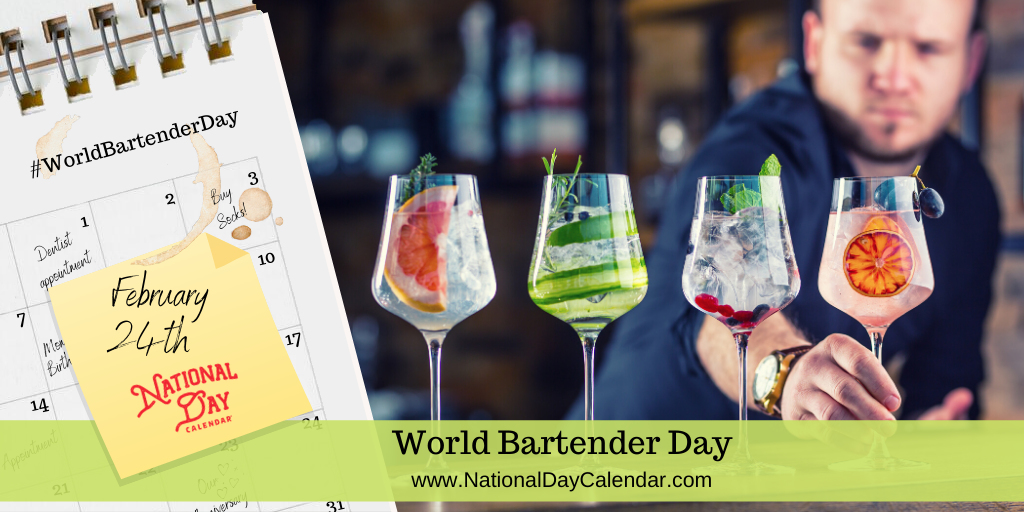 Every year on February 24th World Bartender Day celebrates the bartender, one of the world’s oldest professions. It’s also a day for bartenders to show off their unique talents and creations.

While a bartender may seem like a modern profession, they have been around since the 1400s. Some of the first bartenders lived in Europe. They were innkeepers who served spirits and ales to their guests. In 1862, popular American bartender, Jerry Thomas, published The Bar-tender’s Guide. It was the first drink book ever distributed in the United States. Even during the prohibition in the 1920s, bartending was a popular profession in the country.

No matter how many differences there are between bartenders, one thing is the same. Bartenders are often everyone’s favorite person during a night out on the town.

It seems that every day is a day of celebration for the bartender. But bartenders work hard to meet the needs of their customers and make them happy. So on this day, be sure to thank your favorite bartender for all the work they do. You can even turn the tables and buy them a drink.

Other ways to participate:

The Perfect Blend, an industry cocktail competition in Australia and New Zealand created World Bartender Day in 2018. The day was created to bring together bartenders from every region of the two countries.