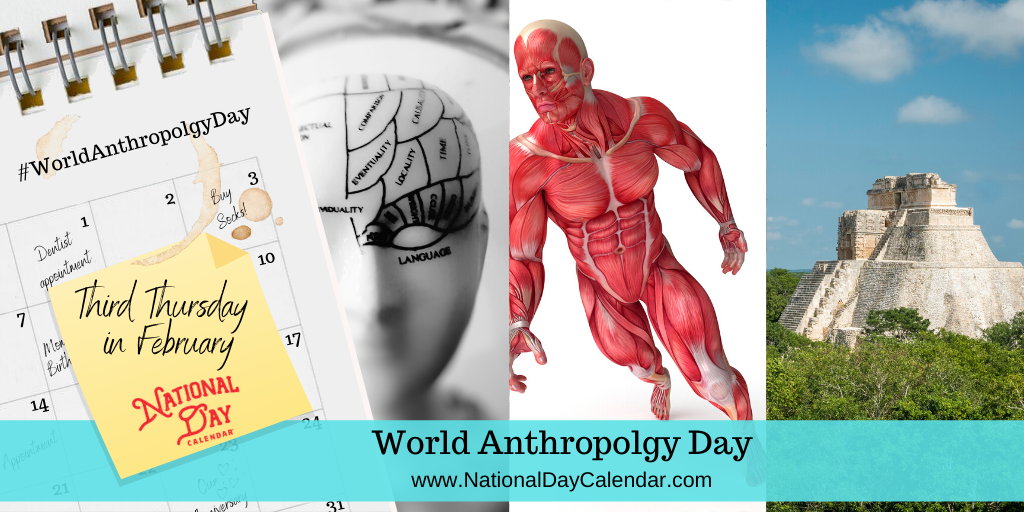 Every year on the third Thursday in February, World Anthropology Day allows anthropologists to celebrate their discipline and share it with the world.

Anthropology is the study of humans, human behavior, and societies in the past and present. Anthropologists take a broad approach to understanding different aspects of human experience. Their goal is to understand our human origins, our distinctiveness as a species, and our great diversity. There are many reasons for the study of anthropology. Studying humans, societies, and their behaviors provide a better understanding of our world. The past is studied to help interpret the present.
Anthropology is divided into three subfields:

Studying these subfields allows anthropologists to use each other’s knowledge to better understand why humans act the way we do, and how it affects our physical, cultural, and social environments. Anthropologists have superior research skills. They also have skills in observation, analysis, critical thinking, and writing. Anthropologists are usually very gifted at dealing with people from other cultures.

Many schools, businesses, museums, anthropology clubs, and other organizations around the world celebrate this day. They host a variety of events that educate the public about anthropology. Colleges and universities use the day to recruit anthropology majors.
To participate:

Share this day on social media with #WorldAnthropologyDay or #AnthroDay

The American Anthropological Association (AAA) came up with National Anthropology Day in 2015. The following year, they changed it to World Anthropology Day. The AAA felt this was a better fit as anthropology is important for the whole world, not just one country. The day has always been held the third Thursday in February. This is a day that classes are in session, so that schools and universities can participate. The goal was also to avoid religions and national holidays, as well as other competing days.