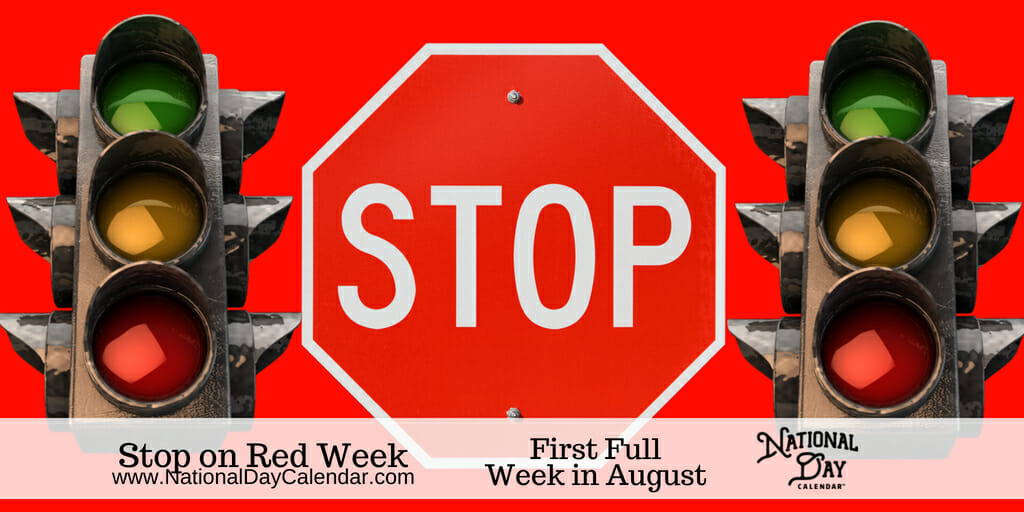 Stop On Red Week is observed in August to educate the public and bring awareness to the number and severity of intersection crashes. This event provides a great opportunity to promote safe driving and remind drivers of the dangers of running red lights.

The first stop sign appeared in Detroit in 1915. It wasn’t until the late 1920s the now-familiar red background was standardized as the color to be used. In 1922 the American Association of State Highway Officials adopted the octagon shape. The shape and color red made it less likely to be confused with other signs and to let oncoming traffic know they must stop.

Sliding through stop signs is among the most common causes of accidents on the road. In 2016, 808 people were killed and 137,000 were injured as a result of drivers running red lights. In the same year, 39% of people were injured in crashes in which motorists ran traffic controls. Pedestrians, bicyclists or occupants in vehicles make up for over half the deaths caused by running red lights.

Find out how Stop On Red Week is observed in your community. Join the effort by signing the Stop on Red Pledge at https://ncsrsafety.org/stop-red-pledge/. And remember, red means STOP.

Use #StopOnRed in social media postings.

The Federal Highway Administration created the campaign in 1995