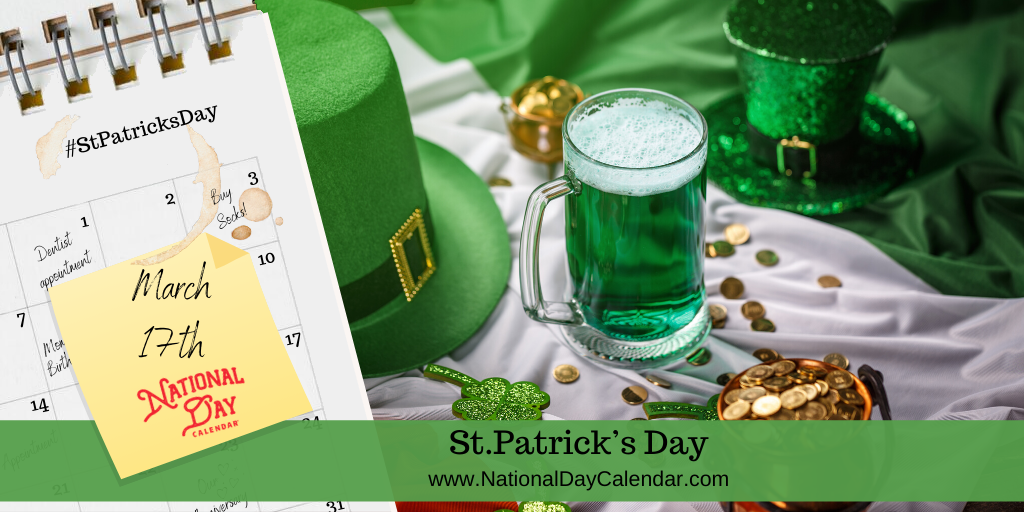 St. Patrick’s Day kicks off a worldwide celebration also known as the Feast of St. Patrick. On March 17th, many will wear green in honor of the Irish and decorate with shamrocks. According to lore, the wearing of the green tradition dates back to a story written about St. Patrick in 1726. St. Patrick (c. AD 385–461) used the shamrock to illustrate the Holy Trinity and worn green clothing. And while the story is unlikely to be true, many will revel in the Irish heritage and eat traditional Irish fare, too.

In the United States, St. Patrick’s Day has been celebrated since before the country was formed. At times, the holiday has been a bit more of a rowdy one, with green beer, parades, and talk of leprechauns. However, in Ireland, St. Patrick’s Day takes on a more solemn mood. It wasn’t until events in the United States broadcast in Ireland that some of the Yankee ways spread across the pond. One Irish-American tradition not common to Ireland is corned beef and cabbage.

HOW TO OBSERVE #StPatricksDay

Check out this delicious Reuben Casserole from #holidayfoodies. You won’t regret it!

The Feast of St. Patrick started in the early 17th-century. The day marks the death of St. Patrick and was chosen as an official Christian feast day and is observed by the Catholic Church. The day is also a public holiday in the Republic of Ireland, Northern Ireland, the Canadian province of Newfoundland and Labrador, and the British Overseas Territory of Montserrat. It is also widely celebrated by the Irish diaspora around the world, especially in Great Britain, Canada, the United States, Argentina, Australia, and New Zealand.

Q. How many people in the United States are of Irish descent?
A. According to the U.S. Census Bureau, 31.5 million Americans claim Irish descent. That’s a lot of Irish-Americans! And that includes those who may be 100% Irish or less than 15% Irish. A little bit of the Emerald Isle goes a long way.

Q. Can I pinch someone who isn’t wearing green on St. Patrick’s Day?
A. The tradition of pinching those who don’t wear green on St. Patrick’s Day comes from the belief that wearing green made one invisible to the fairies and leprechauns spreading mischief on that day. These legendary creatures were known for their pinching. Those celebrating the day would pinch those who didn’t wear green as a reminder of what could happen (or to impersonate the leprechauns and fairies). That said if you’re going to pinch on St. Patrick’s Day, be gentle, or better yet, bring along some green stickers to place on other revelers as a way of offering protection from those menacing leprechauns and fairies.