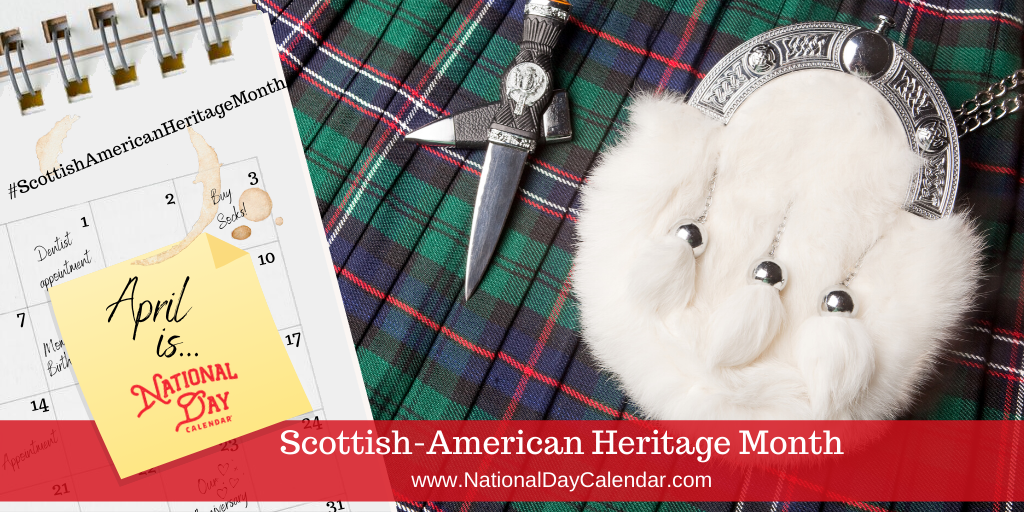 During the month of April, Scottish-American Heritage is recognized. From first patriots, presidents and industrialists, Scottish Americans contributed significantly to the establishment and development of the United States.

Learn more about the historical significance of Scottish-Americans and how they influenced the growth of a nation.  Use #ScottishAmericanHeritageMonth to share on social media.

Also known as Scottish Heritage Month, the celebration is promoted by community groups in both the United States and Canada.