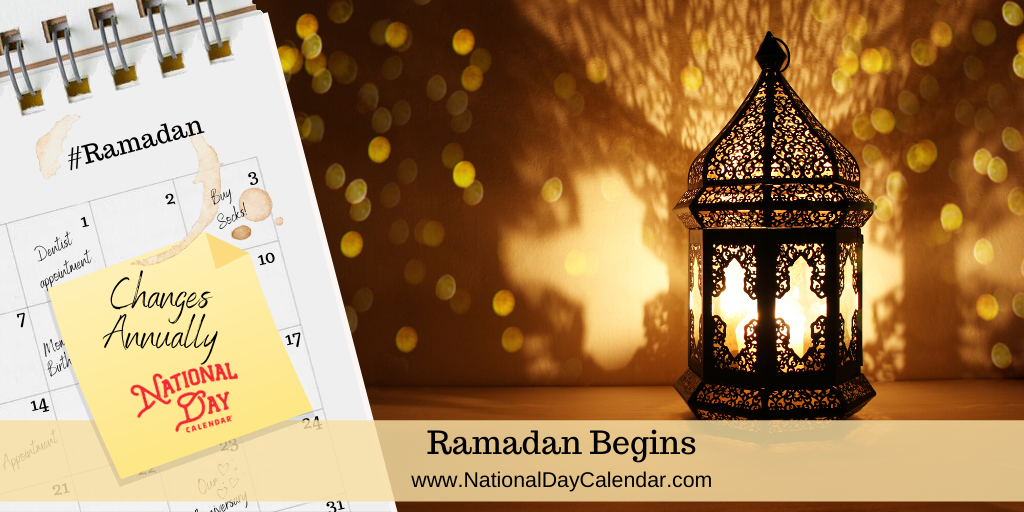 Every year, Ramadan begins a month of fasting, prayer, reflection, and community for Muslims around the world. It is the holiest month of the year for those in the Islamic faith.

The date of the observance is during the ninth month of the lunar Islamic calendar. This is why it changes every year. The holy month begins the morning after the crescent moon is visible to the naked eye. Because visibility of the moon differs throughout the world, Ramadan does not officially begin until religious leaders declare they have seen the crescent moon.

Fasting during Ramadan is considered one of the five pillars of Islam. The other four pillars include:

During Ramadan, Muslims fast from food and drink (including water) from sunrise to sunset. Muslims are also supposed to abstain from sexual relations, immoral behavior, smoking, and anger. After sunset, Muslims are allowed to eat and drink. It is customary to eat dates, along with fruits, vegetables, nuts, camel milk, and water.

Muslims believe fasting produces self-discipline, self-control, sacrifice, and empathy for the less fortunate. While all Muslims are strongly encouraged to fast during Ramadan, there are a few exceptions. These include women who are menstruating, pregnant, or breastfeeding. Muslims who are traveling during Ramadan or who have a severe illness are also exempt from fasting. Children under the age of 13 don’t have to fast, either.

Ramadan ends with a three-day celebration. This is called Eid al-Fitr, or the Festival of Breaking the Fast. During this time Muslims exchange gifts with one another. This festival is often referred to as the “Muslim version of Christmas.”

HOW TO OBSERVE #RAMADAN

While people of many faiths incorporate fasting into their spiritual lives, only Muslims celebrate Ramadan. They do this mainly by fasting. Each night at sunset, Muslims say a prayer to eradicate any sins they have committed. They also read the Quran and give to charity. When the holy month comes to an end, they recite a statement called takbeer. This statement indicates that nothing in the world is bigger or greater than Allah.

Islamic traditions state that the archangel Gabriel revealed the holy text of Islam (the Quran), to the Prophet Muhammed in 610 CE. Most of the holy scriptures were given to Muhammed during the ninth month of the Islamic lunar calendar. Since the 7th century, followers of Muhammed have participated in Ramadan. Today the Islamic faith has over 1 billion followers. It is the second-largest religion after Christianity.