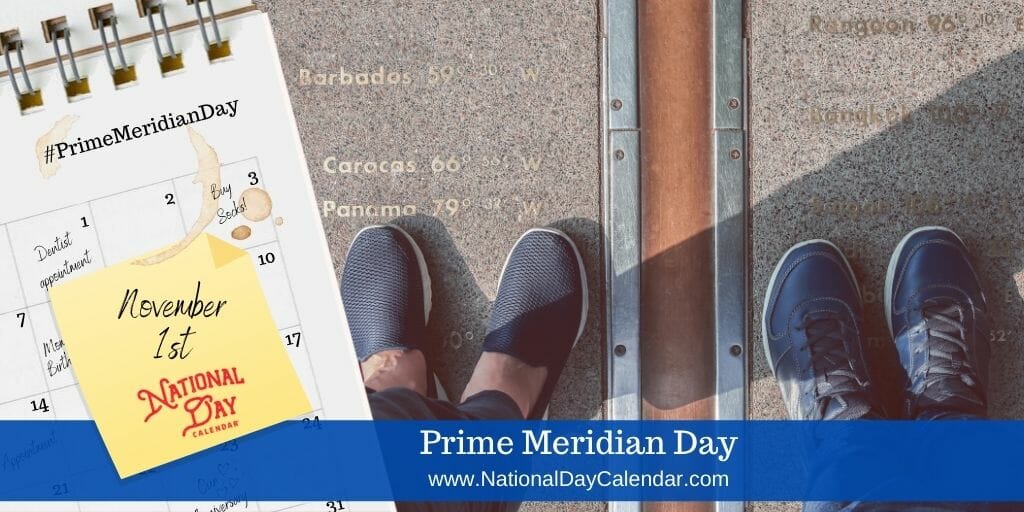 On November 1st, Prime Meridian Day celebrates the imaginary line that divides Earth into the Eastern and Western Hemispheres. It’s also a time to learn more about the prime meridian.

Schools, mapmakers, and geographers hold special events on this day to educate the general public on the prime meridian. It’s also a fun day to learn more about maps, globes, and lines of latitude and longitude. To participate:

In October of 1884, U.S. President Chester Arthur called for an International Meridian convention. It was here that representatives from 25 countries agreed on the official location of the prime meridian. They chose to set the Royal Observatory in Greenwich, England at 0 degrees longitude. Despite this agreement, it took several years for every country in the world to agree on the official location for the prime meridian. In recent years, Prime Meridian Day has been observed each year on November 1st.