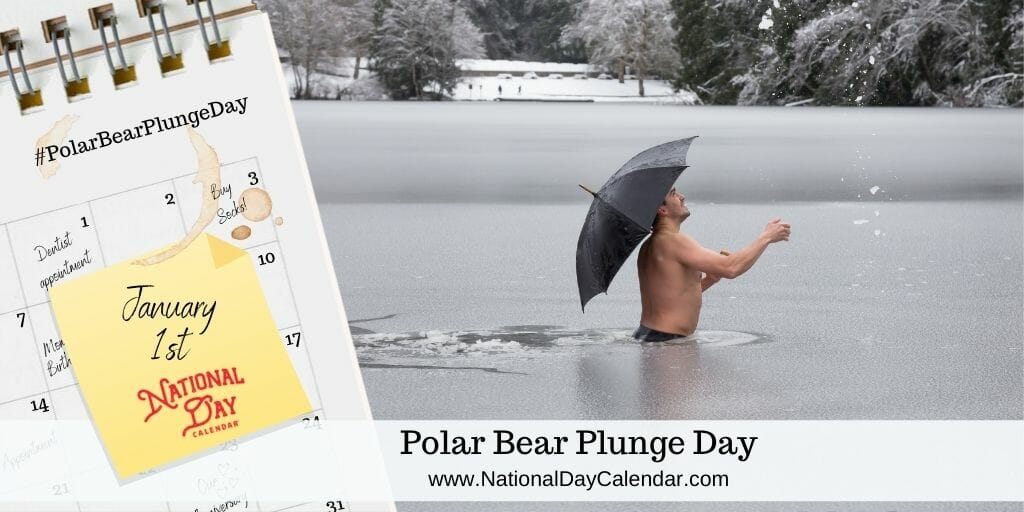 Every year on January 1st, Polar Bear Plunge Day encourages people to take a dip in cold, freezing waters. It’s also a day for participants to kick off the New Year by raising money for local charities. The day is also known as Polar Bear Swim Day.

Have you ever dived into a swimming pool or lake, only to find the water too cold? It’s not a very pleasant experience. However, thousands of people every year intentionally plunge into icy waters. In some areas, the water is as cold as 34 degrees. Many of these brave souls do it just for fun. Others do it to raise money for charity.

Some even say there are health benefits for taking the plunge into cold water. Some of these benefits include:

Despite the health benefits, there is a risk of hypothermia. To help prevent this from happening, swimmers should not remove their clothes until just before they jump into the water. They should also wear shoes so that the snow doesn’t stick to their feet. This also prevents ice from cutting or scraping the feet. It’s also recommended to only stay in the water for a few minutes. Once the swimmers are out of the water, they should dry off and get dressed immediately.

The best way to observe this day is to find an event in your area. You can also form your own event and use it as a fundraiser for a local charity. Simply grab some brave friends and family members on New Year’s Day and take a dip into the nearest lake or river. No matter how or where you participate, remember to be safe and smart about it. After taking the plunge, share your experience on social media with #PolarBearPlungeDay.

Peter Pantages is credited for starting the Polar Bear Swim. Pantages, a Greek immigrant to Canada, swam in the English Bay all year round. The English Bay is located northwest of British Columbia. On January 1, 1920, Pantages encouraged a few of his buddies to take a dip in the frigid Vancouver waters with him. The group became known as the Vancouver Polar Bear Swim Club. Pantages died in 1971. However, the tradition he began one New Year’s Day lives on. Today, thousands of people take part in part in Polar Bear Plunges around the world.