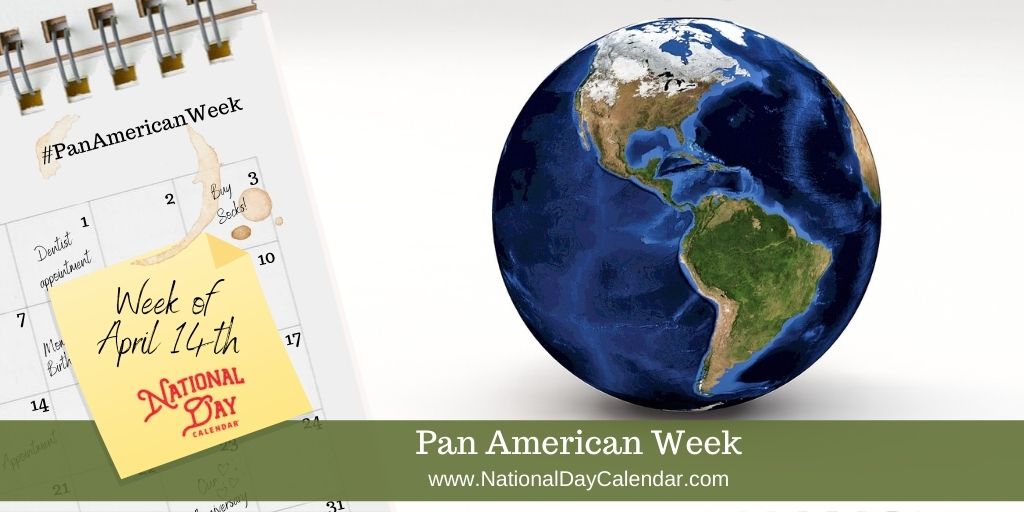 Each year during the week of April 14th, the United States and nations of Latin America commemorate Pan American Week. It marks the birth of the International Conference of American States held in Washington in 1889 and 1890. That meeting then paved the way for the establishment of the Organization of American States in 1948. It is the oldest regional organization of its kind in the world. The OAS is headquartered in Washington, D. C.

Every U.S. President annually issues a Proclamation declaring the week of April 14 as Pan American Week and April 14th of Pan American Day. Generally, the President issues a statement about the purpose and significance of Pan American week, and calls on Americans to observe the day “with appropriate ceremonies and activities.”

The week is often marked with conferences and meetings to address methods for improving housing, education, employment and the environment in the member nations off the Organization of American States.

The holiday was first observed in April 1930.

Observance of the Pan-American connection has deep roots going back to the historic date in 1826 when the Congress of Panamá was assembled, and Simon Bolivar, president of Gran Colombia, uttered the prophetic words: “This may be called the Day of America.” This day was the first step toward the formation of a “Congress of all the American States.”