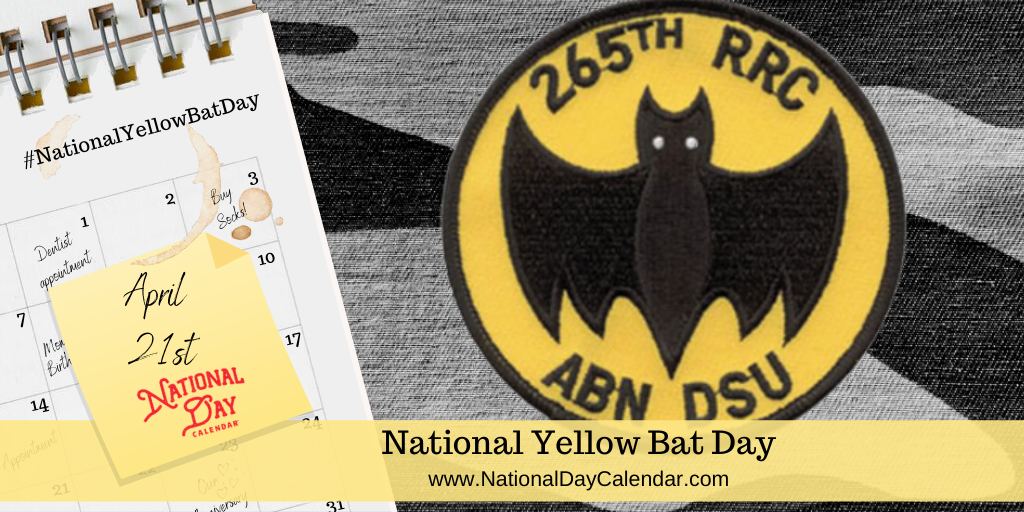 The official insignia of the 265th is a bat with outstretched wings on a full moon rising with the motto Through the Night below. Symbolically, the bat represents mystery and secrecy due to its nocturnal nature. The bat fittingly describes the intelligence support provided by the Army Security Agency Battalion.

Before deploying, the personnel painted all the military vehicles and equipment with a yellow bat. The symbol made the equipment clearly visible from a distance and aided in identifying all unit equipment.

On November 19th of the same year, they deployed to Vietnam with the designation 265th Radio Research Company (Airborne) to provide intelligence support to the 101st Airborne Division. Arriving a few weeks ahead of the Viet Cong Tet Offensive, they soon learned of the North Vietnamese campaign. However, few commanders would believe the intelligence.

January 31st on the Vietnamese calendar, Tet, celebrates the lunar new year and is considered a most important holiday. During the conflict between North and South Vietnam, a long-standing informal truce took place every year on Tet.

General Vo Nguyen Giap, commander of the North Vietnamese, prepared to ring in the lunar new year with a series of coordinated attacks, breaking the informal truce.

Doug Bonnot, who was assigned to the 265th RRC (ABN) Operations NCOIC in the spring of 1970 and author of The Sentinel and the Shooter, says, “The offensive would come as a surprise to many, but personnel of the 265th RRC (ABN) were manning their sector defensive perimeter of Bien Hoa Air Base, along with the very few small units that believed their intelligence reports, some 12 hours before the Tet Offensive was launched.”

The Viet Cong never breached these positions, and the Battle Flag of D: 275th Viet Cong Battalion hangs in the Sentinel Museum today.

As a mobile museum, The Sentinel Museum provides insight into the Vietnam conflict. It also increases awareness of the contributions of the 265th Radio Research Company. Since the 265th’s activities were highly classified, these honorable men’s sacrifices remained cloaked in secrecy until decades after the end of the war. Even today, the general public remains unaware of these men who worked in the shadows providing silent and ceaseless support to the infantry soldier during the Vietnam War. The Yellow Bat symbolizes their secrecy and their service through the night.

While the Tet Offensive happened more than 50 years ago, the Yellow Bat’s history lives on. You can continue to learn more about these service members and the 265th Army Security Agency Company (Airborne). You can also recognize this day in several other ways:

Be sure to invite family and friends to take the journey with you by using #NationalYellowBatDay to share on social media.

In 2016, Doug Bonnot, President of the Sentinel Chapter of the 101st Airborne Association, submitted National Yellow Bat Day. He and the chapter members all served with the 265th RRC (ABN).

Q. How long did the war span?
A. The U.S. entered the war in 1965 and remained in Vietnam for eight long years, withdrawing the last military units on March 29, 1973.