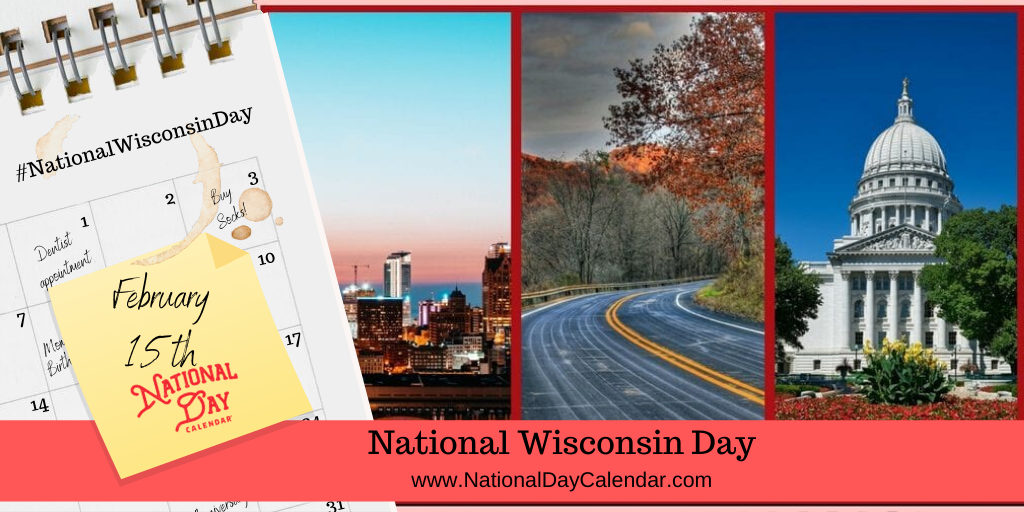 Rich in copper, lead, forest and fertile farmland, Wisconsin became the 30th state on May 29, 1848. In 1634, French explorer Jean Nicolet was the first European to reach Wisconsin while seeking a Northwest passage to China.

A mining boom, not fur trading, led to the nickname The Badger State. According to oral history, the miners burrowed into the hillsides much like badgers for shelter instead of setting up more permanent homesteads. The first wave of settlers to the area also began the uprooting of the Ho-Chunk, Menominee, Chippewa and other indigenous people.

Early in Wisconsin’s settlement, dairy production began to take root. By the turn of the century, the state became known for its dairy farms and synonymous with cheese.

Mining, dairies, and breweries grew one after the other. An influx of German immigrants in the 1850s brought a new brand of dreamers. Brewers cropped up across Wisconsin satisfying the thirst of The Badger State. As with brewers in other regions of the country, the 18th Amendment of 1919 prohibiting alcohol drowned out much of the competition leaving only a handful after the legislation was repealed in 1933.

From Lake Michigan to Superior and numerous river and lakes in between, Wisconsin offers ample opportunity for water recreation and sport. There are also year-round trails perfect for summer hiking or substantial snow for winter activities.

For a complete list of Wisconsin State and National Parks & Historic Sites visit dnr.wi.gov and www.nps.gov. Check out a few of the featured sites around the state below.

Ripley’s Believe It or Not – Wisconsin Dells Ho-poe-kaw (Glory of the Morning) became the first woman to ascend to the chief of the Ho-Chunk people. After her father’s death, at the young age of 18, she stepped into the role with the consent of her people. She is also the first Native American woman by name in a written record by a European writer. According to legend, Glory of the Morning lived to be approximately 121 years old.
Frank Lloyd Wright’s visionary architecture spans the country from coast to coast. From residential to commercial design, Wright developed timeless and modern styles captured the world’s imagination.
Most known for her autobiographical series of frontier life, Little House, Laura Ingalls Wilder grew up moving from place to place until her family settled in the Dakota Territory. Her novels were developed into a television series and are beloved by young girls around the world.
Arthur Davidson along with his brothers and William S. Harley founded the Harley-Davidson Company in 1903. Two friends came together to motorize the bicycle. Their backyard operation grew into an iconic American industry.
William Harley imagined a motorized bicycle and in 1901 designed an engine to fit the two-wheeled invention. By 1903, he and the Davidson brothers founded the Harley-Davidsons Company and began producing motorcycles for the American public.
Georgia O’Keeffe’s magnified abstract paintings and sketches brought her critical recognition. Much of her work focused on nature, specifically florals, but O’Keeffe also completed realistic architectural pieces with stunning results. The Radiator Building, Night, New York (1927) and Brooklyn Bridge (1949) are two examples.
The best selling novelist, Thornton Wilder, received the Pulitzer Prize three times, once for fiction and twice for drama. In 1927, his novel The Bridge of San Luis Rey became an American classic. In 1938, Wilder became the only person to win a Pulitzer Prize in both fiction and drama when the play Our Town earned him his second prize. Then in 1942, with the chronologically fractured where actors play multiple roles depicting life unchanging, Wilder received his third Pulitzer Prize for The Skin of Our Teeth.
Player and coach, Earl “Curly” Lambeau co-founded the Green Bay Packers in 1921. Not only would he play for the team and coach others, but Lambeau’s name would grace the Packer’s stadium, and he would be elected to the inaugural class of the Pro Football Hall of Fame in 1963.
With her husband Arvid Harnack and others, Mildred Harnack helped form a Nazi resistance group. Called the “Red Orchestra” by the Gestapo, collected and passed along information to U.S. and Soviet officials. After her arrest in 1942, Harnack was sentenced to death. Her execution took place on February 16, 1943. Other members of Red Orchestra suffered the same fate, including Arvid Harnack.
Well known for his Shakespearean roles, Orson Welles also made a name for himself in radio and directing. Welles shook up the world with a radio broadcast of H.G. Wells’ War of the Worlds in 1938. In 1941, Welles set the standard for quality filmmaking with the debut of Citizen Kane.
One of the pioneering names in electric guitars, Les Paul began his career playing music and establishing a jazz band. Paul revolutionized the music world when he invented one of the first solid-body electric guitars in 1941.
Elected to the U.S. Senate in 1962, Gaylord Nelson proposed Earth Day as a way to spur national efforts to raise environmental awareness. The first Earth Day took place on April 22, 1970.
Joyce Westerman Hill played catcher and first base from 1944 to 1954 for the All-American Girls Professional Baseball League. Her first team was the Kenosha Comets.